Kamala Harris Drops Out of the Election

A Conversation Started from Harris' Dropout 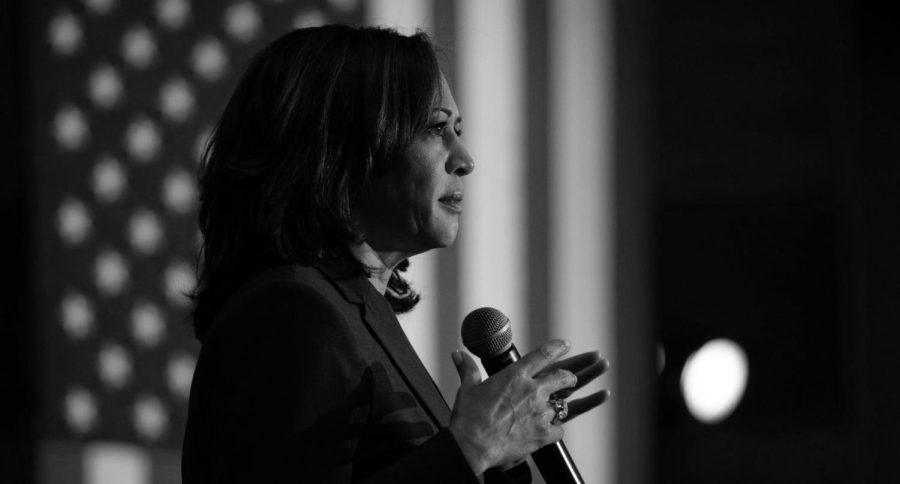 This photo is courtesy of medium.com

Kamala Harris, the Democratic senator from California has announced that she will be leaving the race for the Democratic Party’s presidential nomination. Harris, one of two black women serving in the United States Senate was considered one of the Democrats’ rising stars going in. Here’s what her announcement means for the future of the election.

Now that Harris is no longer in the race, many have noted that there are no longer any non-white candidates who have qualified for the next debate. Notably, her absence seems to have sparked an intense online discussion about how debate eligibility is decided. Recent entries into the race, Michael Bloomberg and Tom Steyer (both billionaires) have qualified for the next debate while polling below 2%, mostly because of the amount of cash they have on hand. Progressives have accused the two billionaire candidates of “buying” a place on the debate stage.

Harris was a figure not without controversy. Prior to her run for Senate, Harris was the Attorney General of California, where she oversaw the prosecutorial practices for the entire state. Harris has long described herself as a reformer “At the table where decisions are made” (as she told the New York Times Magazine in 2016), where she worked within to change a system that perpetuated mass incarceration. Her record on the matter, however, is spotty; At times she had championed progressive criminal justice reform initiatives, even when other Democrats in her state were not. In 2005, as a district attorney, she implemented the “Back on Track”  program, which allowed first-time drug offenders to get a high school diploma and a job as opposed to serving jail time. The early 2000s were the tail-end years of the “tough on crime” era, where politicians from both parties pushed efforts that contributed to the mass incarceration of Black and Latinx Americans.

Harris was, at the time considered to be one of the most progressive forces in the criminal justice system. As the state of California began to attempt moving past those days, Harris seemed to fall behind the curve. Prior to her run for California AG in 2010, her District Attorney’s office implemented an anti-truancy program that targeted and prosecuted the parents of kids who avoided attending school. As the California AG, she fought to release fewer prisoners from the state’s prisons, even after the Supreme Court said that the overcrowding in California prisons was an unconstitutional violation of the 8th Amendment.

Evidently, Harris’ track record was flawed, and her progressive detractors often labeled her as a “cop”, or as a purveyor of half-measures in reform. However, others have argued that if people were going to hold her record against her in such a way, they must also hold other candidates to the same standard. Terrell Starr wrote for The Root that “If we are holding Harris to such a high threshold on criminal justice, Joe Biden, Pete Buttigieg, and Michael Bloomberg shouldn’t be in the race either”. Her campaign’s lack of traction and her departure from the race before the Iowa Caucuses reveal a conversation about the double standards that women and candidates of color are held to; Michael Bloomberg oversaw New York City during “Stop and Frisk”, and Joe Biden was one of the champions of the 1994 crime bill that many credits with boosting the rates of incarceration in the United States. Yet, these two candidates are barely ever forced to answer for their records.

Ultimately, a primary race without Kamala Harris is not fundamentally changed, but her candidacy has opened a conversation about criminal justice reform and about diversity in the Democratic party that will likely be an important issue going forward.