Was the Senate Trial Fair?

An Update on President Trump's Trail 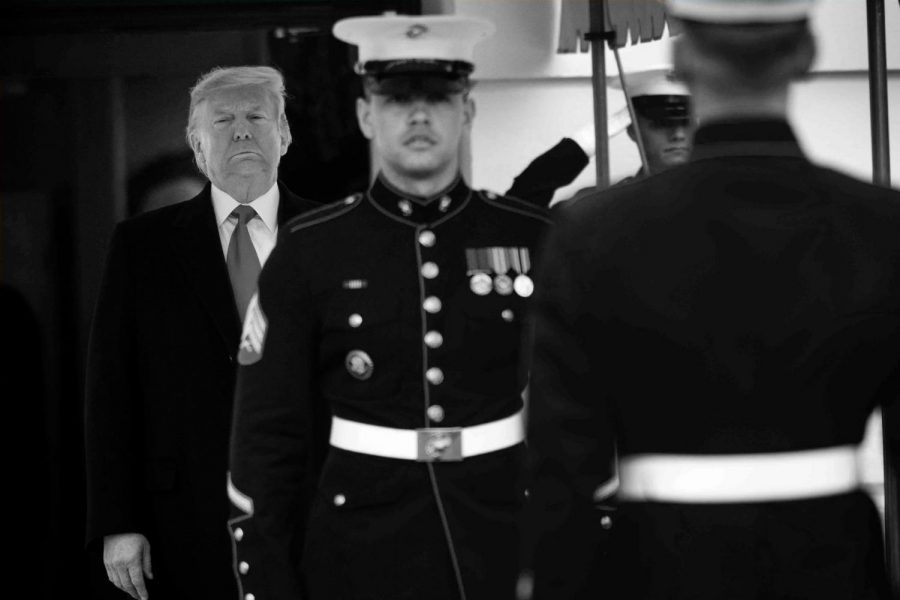 This photo is courtesy of nytimes.com

On Wednesday, February 5th, after two weeks and six days of endless rhetoric and debate, the United States Senate acquitted President Donald Trump of two articles of impeachment ratified by the House of Representatives mainly along party lines which were an abuse of power and obstruction of Congress. These two charges came after President Trump, in short, threatened to withhold Ukraine of their federal aid money in order to investigate former Vice President Joe Biden’s son, Hunter Biden’s, business dealings within Ukraine; count one. The House Judiciary Committee requested and subpoenaed the White House to comment on the matter raised and denied every and any attempt made by the committee to formally testify before congress; count two.

Per the constitution, once articles of impeachment are ratified, the process moves to the Senate to where a trial is conducted. Senators are the jurors and the Chief Justice of the Supreme Court presides over the trial as the judge. After the White House’s counsel delivered their case before the jury and the House of Representatives’ counsel delivered their case before the jury, the jury voted on both articles nearly along party lines, therefore, failing to satisfy Article I Section 3 of the Constitution which requires a two-thirds majority of jury (i.e. Senate) votes to remove a sitting president, therefore acquitting President Trump of both charges; however, can this specific trial of President Trump be considered an impartial and fair trial? In the White Houses’ point of view, of course, they won the trial – who’s going to debate the process if they are the victor? But in the People’s point of view, not so much – and after all, isn’t this country supposed to be run for and by the people?

“No, I don’t think the overall outcome really references what an appropriate trial or a fair trial is,” said Professor Robin Nackman, Esq., professor of Constitutional Law at Marymount Manhattan College and former attorney for 20 years in New York State. “There’s witnesses to be called, there’s evidence to be viewed, it’s impossible to make a fair, accurate and impartial decision without all that to be viewed.” Prof. Nackman further stated that it was clear that this wasn’t an impartial decision. Senate Majority Leader Mitch McConnell (R-KY) staunchly told reporters in a press briefing after openly denouncing the articles of impeachment on the floor of the Senate on December 17th warning reporters and the people that he would not act as an impartial juror within the then-upcoming trial. Majority Leader McConnell was quoted saying “I’m not an impartial juror,” and “this is a political process. There’s not anything judicial about it. Impeachment is a political decision.” McConnell’s quoted statements insinuated that he’ll be standing with his party and behind the president regardless of what evidence is brought infant of the jury.

“The sad part about that is [McConnell’s statements are] true, the no bipartisan action that happens anywhere these days” citing the country’s deep political divide in our current era forcing our politicians to form alliances to their party.

Alexander Hamilton raised arguments within Federalist Papers numbered 65 and 66 that the Senate possesses the “judicial character as a court for the trial of impeachments”, thought these two essays Hamilton repeatedly referred to the senate as the “court of impeachments” asserting that the Senate shall hold the judicial integrity and impartiality that respective jurors are supposed to withhold contrary to Majority Leader McConnell’s statement.

The Sixth amendment of theses United States guarantees all citizens “to be confronted with the witnesses against him; to have compulsory process for obtaining witnesses in his favor”. A key question throughout the course of the trial was whether to allow additional testimony (i.e. witnesses) before the jury. It spiked such rhetoric on the Senate floor to where the jury had to vote on whether to subpoena additional witnesses to testify. The vote, like others, were among party lines with 49 votes for additional subpoenas and 51 against therefore not allowing any additional testimony.

To apply the Sixth Amendment to this circumstance we’d have to “turn this on its head because [President Trump] didn’t want witnesses, didn’t want to compel testimony, didn’t want anybody to say anything or provide any evidence” because, Prof. Nackman continued, it might have led to a guilty verdict. “The sixth amendment of the constitution talks about criminal trials governed by the state and federal courts,” said Professor Howard Code, Esq. Professor of Political Science at Marymount Manhattan as well. “The impeachment of a president is not literally governed by the Sixth but rather the constitution itself.” Prof. Code further added that “unfortunately the constitution addresses with reference to the trial only 40 words,” opening a so-called gray area.

In light of that vote, it sets a dangerous precedent for future impeachments. Why? It gives future presidents on trial, who very well may be guilty of whatever crimes he or she may be accused of, the opportunity to control the allowance of evidence into the record. Only two other presidents have ever faced a trial before the senate; the 1999 trial of Democratic President Bill Clinton and the 1868 trial of Democratic President Andrew Johnson. President Clinton was accused of, count one, perjury and count two, obstruction of justice. The trial lasted from December 19, 1998, until February 9, 1999. Both of which had witnesses testify for the purpose of entering testimony into the record for the trial.

During the trial of President Clinton, Republican Senators moved to depose witnesses. The motion passed, along party lines, to depose witnesses in private, closed doors sessions. Over three days, House Counsel took videotaped depositions from witnesses Monica Lewinsky, Vernon Jordan, and White House aide Sidney Blumenthal. The videotapes were played in front of the Senate a few days later, featuring 30 excerpts of Lewinsky discussing her relationship with then-President Clinton, the hiding of small gifts President Clinton had given her, and his involvement in the procurement of a job for Lewinsky. A verdict was reached acquitting on both counts lacking the two-thirds majority of the jury’s votes required.

In the case of President Andrew Johnson who was charged with “eleven high crimes and misdemeanors” all relating to the handling of the reconstruction of the nation post Civil War. Trial commenced on February 24, 1868, and lasted until May 26, 1868. Both the White House coulee and House Counsel called several witnesses in the course of the trial’s proceedings. The jury eventually acquitted President Johnson on all counts shy one single vote of the two-thirds majority.

“It’s a complicated thing,” Prof. Code says “theoretically the House is the investigatory body of the process-there’s nothing in here” tapping several times on Code’s printed copy of the constitution “that says there should be [witnesses] or there shouldn’t be.”