The Babyfication of Popular Character 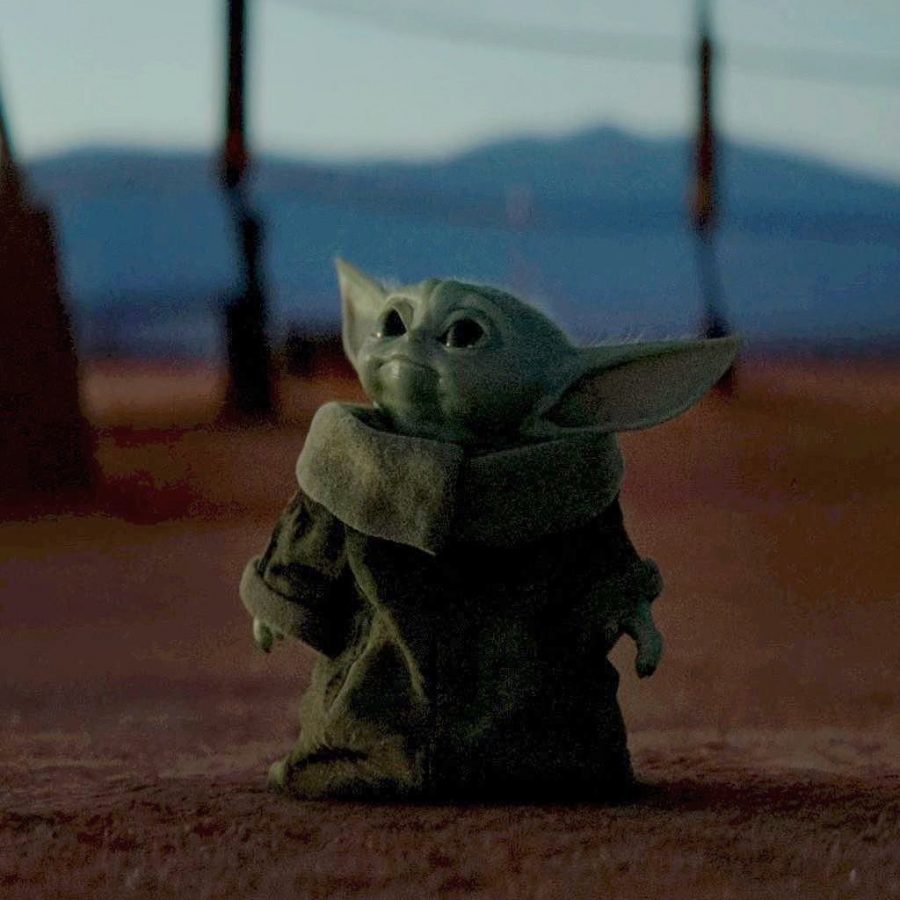 This photo is courtesy of Lucas Films.

When you think of memes, what are the first things that you think of? Vine? (RIP) Tik Tok? Memes that you casually see on Instagram, or Twitter? Well, all of these are viable responses and all of these forms of memes make money, lots of money. Memes have been popularly monetized for many years now, with this past year being a huge year for money-making. Meme pages on Instagram have the potential to make between $300,000 to $400,000 for posts that become extremely popular. Meme crazes are also huge contributors to monetization in the way of making and selling various types of merchandise to huge followings.

One of the biggest crazes, if not the biggest craze over these past few months, has been Baby Yoda. Babyfication is a popular trend that has had people going crazy. Disney has completely marketed this phenomenon, even recently adding two more characters, Baby Chewie and Baby Jabba the Hutt, to the mix. Groot from Marvel’s Guardians of the Galaxy dies and has to start growing again, as he is a tree, and goes through a cute little dancing baby phase in his little pot. Baby Groot has been around for a while now, and Disney decided to make Pop Figures (with me admittedly owning one of them) and other merchandise to market off of his fanbase.

Other corporations have also made baby versions of their characters to get a bigger following. Baby Sonic the Hedgehog has appeared in the trailer of the upcoming Sonic movie. Boss Baby became a franchise within the past two years and people went crazy over it. In the recent Super Bowl Mr. Peanut commercial, it shows his funeral and other companies’ mascots attending and suddenly he is resurrected as Baby Nut, all because of the Kool-Aid man crying on to his grave. An odd concept, I know, but the company wanted to become involved in the “baby versions of popular characters” following, so they would hopefully get more business due to its new appeal.

The whole cast of Spongebob was babyfied in various episodes, with the likes of them becoming popular stickers and gifs, still being very relevant today. Senior Tristan Spicer, when asked what he thought about the trend of “babyfication”, said “It’s great, but not when it’s in the form of commercialization. Characters such as Yoda and Groot elicit a certain reaction because we’ve known the older, original characters already. Mr. Peanut just randomly becoming Baby Nut is just a form of commercialization.”

Another trend that has blown up is the “I’m baby”, which has circulated the internet since 2017, became exponentially more popular this past year, with couples being the biggest contributors by retweeting and posting them. On Snapchat, the baby filter alone made the user platform grow to 7 to 9 million last year. “Baby Shark”, the song that blew up on YouTube last year and it’s still what people continue to hear in random stores or from little kids always playing music out loud from their IPads in public. Within the 4 years that it has been released, the song has received over 8 billion streams on YouTube. YouTube is another influential platform that has become monetized for videos that surpass a certain amount of minutes. Meme videos are a special case, making double the money for length and content. The song Baby Shark soon after its release, became a huge dance trend on Tik Tok, and the baby filter on Snapchat became popular on Tik Tok as well. Tik Tok has become such a huge platform all around the world that creators with millions of followers have begun to make significant amounts of money for the entertainment they are providing.

As of right now, the app is worth $75 billion, with it being 3 times more than Spotify’s current market value. Tik Tok has also provided a viable platform for businesses to expand their networks. Brand awareness is at its highest on the app. The platform has become exponentially larger and more influential with global reach than Instagram has. With its user base being over 500 million, it comes close in competition to Instagram, with a little over 800 million users. Tristan also commented on the topic of Tik Tok, and how he feels about creators with a large following making lots of money, saying “Social media is meant to create buzz and it’s good for people to make a living, but I believe they shouldn’t be making as much money as they are.” The songs and sounds used on Tik Tok don’t primarily stream from popular music that you would hear on the radio, but from unique and small, sort of freaky sounds that are remotely unfamiliar before they’re put on the app. The platform thrives off of zany, charismatic videos that its users create, for others to become engulfed in while watching them.

The monetization of memes goes in and out of being popular as time progresses. Companies have made T-shirts with famous meme sayings on them, as well as baby versions of popular characters. There have been numerous periods of time where memes just weren’t making money, and the companies that made merchandise based off of memes really struggled to sell things. But in this past year, that was definitely not the case whatsoever.