The Problem with Voting by Mail and Absentee 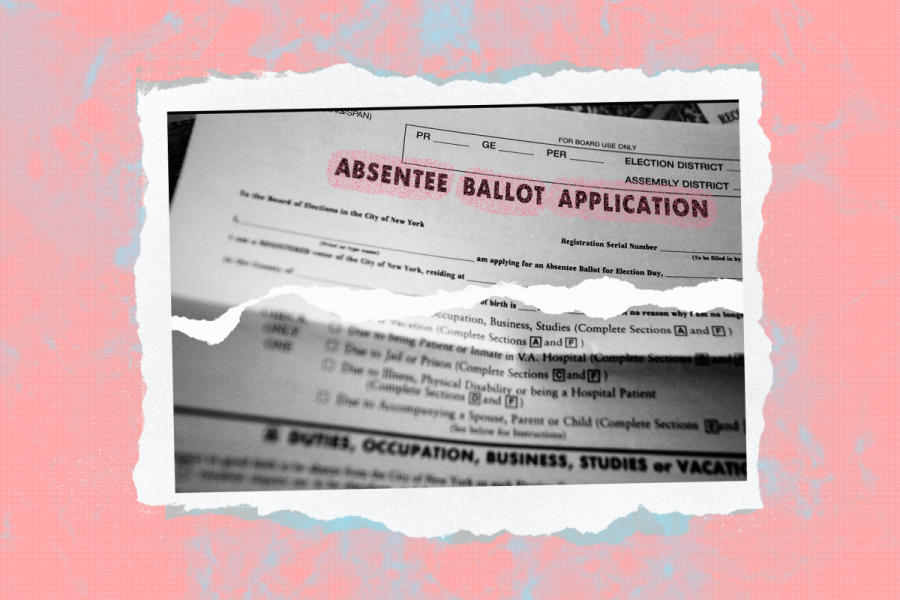 This photo is courtesy of psmag.com

I have waited eight years to vote, it was the night of Obama’s reelection. I was at an election party in California that was set up by a friend of mine who was running for city council and I was there, the youngest person in the room by 30 years. Naturally, people asked each other who or what they voted for and engaged in political rhetoric. It was then when they asked me, I felt embarrassed and upset that I could not voice my opinion. Now that I am of legal age to vote, I was extremely excited to receive my absentee ballot in the mail since I’m not in my home district to vote. I called the office of the registrar of voters and made sure they had my new address.

December passed, January Passed and now I’m in February without a ballot; Super Tuesday is a month away. I called again and the recording said: “if you have not received your ballot by February 3rd please call our office at blah blah blah”. They sent my ballot to my old address – but they said not to worry they’ll send another one right away. Three weeks pass and no ballot, I call again “oh we sent it to blah blah blah” – they sent it, again, to the wrong address and again, they told me “not to worry” as they were sending out another one to me that day. I got a voicemail four days later – now only four days away from Super Tuesday – that they forgot to send the mail our for that week and my ballot will not make it in time but I’m more than welcome to come to California and pick it up.

It was when I experienced whose hands our election lies, in that I realized our election system is in danger.

As of 2016, there are roughly 150 million registered voters in the United States; approximately 41 million people are either voting by absentee ballot/vote by mail (herein collectively referred to as “absentee ballots”). A number that has doubled in a matter of 10 years. Can the country’s thousands of county’s clerk offices handle this kind of influx?

In Greenville County, South Carolina, home to an estimated 515,000 people (up from 484,000 residents in 2010), “missed” around 10% of the number of ballots in their mailing process. As Greenville County grew only 7% over 10 years, missing 10% of ballots could easily skew the votes and elect a winner of such primary that would maybe have lost with all ballots accounted for.

A thought I had while making several calls to my country registrar is “what happens to those two other ballots sent out?” this opens up a window for voter fraud and could cause a length audit of votes if a district, county or state experiences a number of duplicate ballots. Back to California, Secretary of State Alex Padilla said that voters shouldn’t stay up to wait for the primary results to come in for California as California is more concerned with “accuracy over speed.” California is a monster; totaling 55 electoral votes and 494 delegates to award in the election process – the most of any state in the union. Secretary Padilla said he will give 30 days to districts and counties to tally and audit their votes then he will certify the votes by April 10.

Why so long you ask? Because California has approximately 20 million registered voters with a large majority being mail-in/absentee ballots. In 2016, 59% of California voters were voting via absentee ballot. In 2018, 68% were voting via absentee ballot. If this trend of a 9% increase continues, California could expect a 77% absentee ballot registration in 2020. Los Angeles County has received roughly 3.3 million ballots so far in the mail, totaling roughly 117,000 ballots a day. Let’s face it, a county, regardless of size, cannot possibly analyze that many ballots within 30 days or even 60 days (if we are counting from when the first ballots were sent out with an immediate return date of February 1st).

A California Technology Institute and Massachusetts Institute of Technology research and study called the “CalTech/MIT Voting Technology Project” (herein referred to “the Project”) launched after the 2000 Florida recount of the general election ballots stated that “[v]oters who mark their ballots outside a polling place … cannot take advantage of technological means to check their marked ballots for common errors, like overvotes or undervotes,” further stating that when the number of “satellite voters” (e.g. absentee ballots) increase so does the possibility of errors in voting which could ultimately result in the omission of said votes or auditing loads of votes.

Absentee ballots are not necessarily a bad thing, they can be incredibly useful for what they were originally used for. States first started seeing absentee ballots during the Civil War era when soldiers were away from their local polling place and originally only allowed voting during times of war. However as we approached the 20th century, it was around 1930 to 1935 when States saw the allowance of absentee ballots to be sent in by “individuals who could not appear at the polls because of absence from their city or town, sickness, or physical disability” according to History of Absentee Voting in the States, published by the State of Connecticut. What could have possibly caused this widespread decision? Well, our president at the time, Franklin D. Roosevelt had polio which restricted his mobile abilities and activities. California in the 1980s piloted the first “anybody can apply for absentee voting” if you will and the rest is history! If our nation’s states increased time to vote at a physical polling place, e.g. not only one day; restored the original rules and guidelines for absentee ballots, e.g. restricting the pool of absentee voters to servicemen/women and persons with disabilities; our election system could run a lot smoother with fewer errors.