WITH MYSELF: A Personal Piece on Self-Isolation 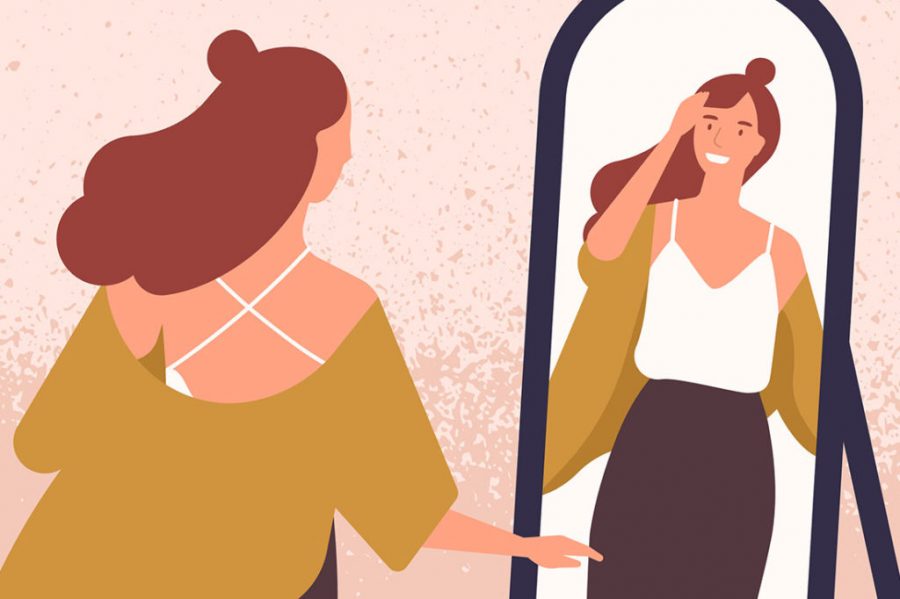 This photo is courtesy of successmagazine.com

I am an only child. You would think that being alone and in my house would be comfortable, normal, and easy. I actually thought this myself as well. I always valued my time alone when I used to live in New York. I liked being with myself on my days off, running errands or just sitting around.

After 2 weeks in isolation in my childhood home in my suburb, I couldn’t have been any more mistaken. And with all this time to think, I figured out that those thoughts of my glorious alone time were a facade for how those times actually felt.

I actually hate being alone.

I remember when I was little, my parents would buy me all sorts of things to keep me occupied outside. A sandbox. A whole swing-set-tree-fort contraption. I had begged and begged for these additions to our backyard for so long. I was fortunate enough to have parents that could provide me with such amenities. My dad set up the sandbox. He built the entire swingset himself.

The sandbox became a litter box for the local neighborhood cats. The swing set became a host for rust and rotting wood.

I never used either of these because I did not like playing by myself. I realized I thought they were fun because I was spending my time with others.

It’s funny, the juxtaposition of this childhood memory and where we are in the world right now. Just as I did with my swing set and sandbox, I am making a second, more adult realization about how many social interactions actually make up our lives, our psyches, and just help us get through our day-to-day struggles of being, well, human. Of course, being an adult in this situation instead of a child has its downsides. I know more now, have more things to think about, more things to miss out on, more responsibilities to worry about, and more existential dread… A LOT more existential dread. In a generation that acts based on FOMO, this is the least ideal situation to be in, even if there is nothing currently happening that we are missing out on. It’s the idea of things that should be happening that aren’t, and that is enough to send anyone with any sort of smartphone with any sort of social media into a spiral.

We have now made it officially, close to nearly impossible, to just, be with ourselves. If you are logged in, anywhere, you have given up the time with yourself. And after all of the scrolling, the posting, the tweeting, the ungodly increasing percentages on our Screen Time Reports, and the watching of what other people are doing “alone,” what do you do?

I, being a college student that is just starting to find out my true identity and place in the world while coping with my own life occurrences and anxiety, like to think.

I think about a lot of things, probably too much. Actually, definitely too much. And while this trait is normally my worst enemy, I have decided to make use of it during this time, where being with ourselves in our homes is more critical than ever.

I have come up with an equation: self isolation + self reflection = self awareness.

This is rare. The situation we are in does not happen all the time. While the circumstances that have come with it are horrific, it is a sign that we needed a pause. In a time where everything moves at such a rapid pace, so many things are standing still. This stillness allows the mind to have space to think about things that may have not been relevant before. When you add alone time to this stillness, it allows you to explore inside your head. It allows time to get to know yourself, the current you that you’ve sat with these past two weeks. That time results in a better knowledge of your own character, feelings, motives, and desires.

This proves my calculations:
SELF ISOLATION + SELF REFLECTION = SELF AWARENESS
Time with yourself is not bad. It is not sad. It is not lonely. It is introspective. It is eye-opening. It’s like catching up with an old friend after years of being apart.