A Review of Craig Zobel’s “The Hunt” 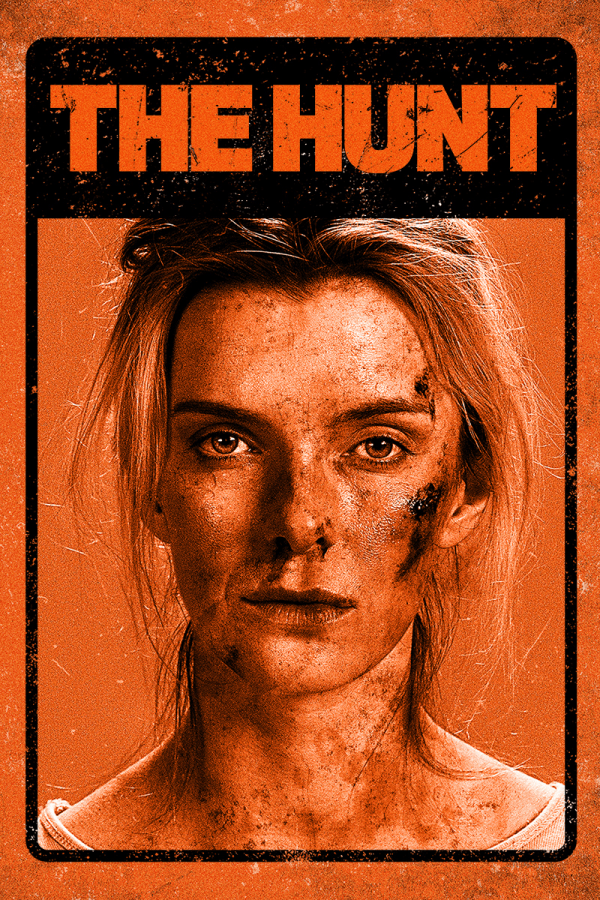 Intense, comedic, thought-provoking, and action-packed are all terms that describe the recent Blumhouse production entitled “The Hunt.” In addition to these qualities, a badass female protagonist is only the icing on top of the cake. However, there is a good amount of debate regarding the film’s thesis and the violence and gore involved in presenting it. 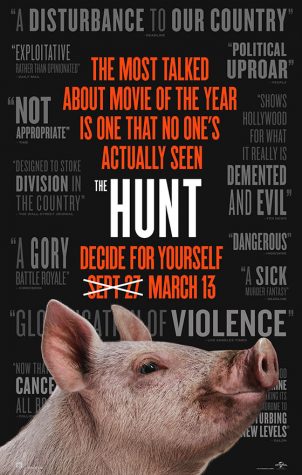 Taking on the role of the villains is a rich, liberal group of people who lose their careers due to their “jokes” regarding hunting human beings, exchanged in a group chat. Hilary Swank’s character then leads the group in making what was once only a silly fantasy come true, and all hell breaks loose. Adding to the controversy, the group of people being hunted is specifically chosen based on their conservative political affiliation and online activity.

During the opening scenes of the political satire, the audience is misled multiple times before discovering which of the twelve strangers who have woken up in the woods with their mouths gagged is the real main character. Every time one of these people looks like they are going to be the lead, they are killed. Emma Roberts’ character, for example, is one of the first to be introduced and followed as she attempts to figure out where she is and the kind of circumstances she is under. However, her head is literally blown off within ten minutes. The same goes for the next few characters until we meet Betty Gilpin’s Crystal, who makes defending herself against the elitists who are hunting her look effortless, and is, in fact, the final girl. Hailing from Mississippi, Crystal is quiet and shows very little expression throughout her endeavors, but there is seemingly no one she cannot take down in order to defend herself as she eventually reveals her past experience in combat. And, while I will refrain from spoiling the final plot twist regarding Crystal’s inclusion in the whole ordeal, I can assure you that the revelations made during the final few scenes will add even another layer to Gilpin’s character, who she (obviously) portrays phenomenally. In most films, there is a clear party to side with, and one to root against. And, in this case, it seems like a no-brainer to root for with the people who wake up in a clearing after being abducted and are then brutally murdered.

However, the filmmakers don’t seem to be taking a side here. In fact, there are no actual terms or names associated with either political party mentioned explicitly because we know the story so well that we don’t need to see people wearing “Make America Great Again” hats to understand the message. Both of these groups are made up of extremely angry and frustrated individuals, which an incredibly talented team of actors portrays with authenticity. It is in that anger that the humor, albeit dark, shines through amongst all of the cursing and carnage. That is not to say this is a feel-good for the entire family, because it is certainly not something to watch when you need a good pick-me-up. It is, however, something that will prompt deep thought in any viewer who is aware of and unsettled by the severe rising tensions in this country, as well as the behaviors those tensions bring about.

The Hunt feels particularly significant in the current political climate. Both groups are extreme, almost caricature-like representations of two opposing parties that have always feuded, and this picture is filled with symbolism, stereotypes, and a lot of rage, making quite the statement about the effects of hatred and polarization, and the way the media fuels that. The originally-intended release date changed, actually, due to the devastating mass shootings in El Paso, Texas, and Dayton, Ohio, proving just how close to home the film hits.

Due to the unprecedented times, we’re currently living through and the limited amount of time the film actually played in theatres, it is already available for at-home digital rental and purchase. So, though it might be difficult to swallow, and you should probably cover your eyes often if you can’t handle gore, there is seemingly no other time during which watching “The Hunt” would feel quite as relevant and disturbingly realistic as it does today.