The Problem with Voting by Mail Continued: An Election in Peril 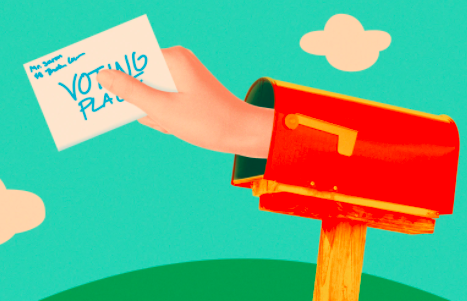 This photo is courtesy of vice.com

In March, right before the pandemic shattered our worlds, I wrote an article on the fatal flaws of voting by mail.  Now, as we just passed the 60-day countdown to election day, states are starting to shift from in-person voting at polling places to solely voting by mail.  In California, Governor Gavin Newsom announced in May that the November presidential election would be conducted one hundred percent by mail.  Newsom plans on mailing a little under 15 million ballots by mail to registered voters who would then turn around and mail those 15 million ballots back.

States and others implementing similar voting tactics as California’s include Vermont, Washington, Oregon, Hawaii, Utah, Colorado, Nevada, New Jersey, and the District of Columbia.  Those seven states and one federal district voting completely by mail totals roughly 44 million registered voters being mailed ballots and mailing back ballots or dropping them off at their local registrar’s office (if that option is available).  34 other states that are giving citizens the option to vote by mail without a valid excuse (i.e. handicapped, ill, etcetera) including (in no particular order) Arizona, Pennsylvania, Connecticut, the Virginias, and the Dakotas.

I don’t bring up this severe problem of voting by mail out of fear of voter fraud, in fact, voter fraud is extremely rare with respect to mail-in voting.  According to the Heritage Foundation’s findings, since 1980 there have only been 1,071 “proven instances of voter fraud” which mainly include non-citizens attempting to submit a ballot with a counterfeit social security number, or an illegible person attempting to run for office or even one man attempting to photocopy his ballot and submit it under two different names.  Bottom line is, there have been no widespread, large-scale “proven instances of voter fraud.”

The fear I have with mail-in voting is the disenfranchisement or absolutely avoidable mistakes that warrant ballot disqualification that can be avoided most of which lies within the hands of the United States Postal Service and the White House.  President Trump has already made efforts in plain daylight to sabotage this election.  Trump has not only encouraged citizens to vote twice (once by mail and once in person) but has also directed the sitting Postmaster, Louis DeJoy, to cut back costs which resulted in removing post boxes from street corners and cul-de-sacs, equipment removal and layoffs in the months leading up to an election that will occur primarily by mail.

Although widespread fraud has not or has yet to occur in this nation’s history, voter disenfranchisement goes as far back as when African-American or black citizens could vote (like literacy tests).  Disenfranchisement of votes and ballots is a colossal concern, not only could the White House controlled USPS invalidate and disenfranchise notoriously democratic or minority ZIP codes.  Widespread disenfranchisement and ballot disqualifications happened in New York’s 12th Congressional District (herein referred to as “NY-12”), my former district I lived and voted in.

On June 23, NY-12 held a primary, and on the ballot was incumbent Congresswoman Carolyn Maloney versus Suraj Patel battling for the Democratic nomination for Congressman. Roughly 68,000 New York City Democrats voted in the NY-12’s race, after Governor Andrew Cuomo delayed the election for two months due to the coronavirus, and allowed voters to request absentee ballots with postage.  Nearly 40,000 of those ballots were cast via absentee ballots and the remaining, some 27,000 were cast in person.

With the state working to accommodate the unprecedented number of requests for ballots, some voters did not receive them in time, while others were not properly postmarked by the Postal Service therefore were completely discarded.  Board of Election (herein referred to as “BOE”) officials spent the subsequent weeks reviewing ballots by hand, with thousands thrown out for minuscule issues with postage and signatures; however, according to documents released by the BOE, 20 percent of  ballots mailed into their offices will be thrown out “for a variety of reasons.”

A 1-in-5 disenfranchisement rate is fantastically high, according to the BOE’s “track my ballot” feature on their website my heart sank for our democracy when in bolded, red lettering it said “BALLOT DISQUALIFIED” and proceeded to list off a number of reasons for why that may be the case.

NY-12 touches three boroughs, Manhattan, Brooklyn, and Queens.  I resided in the Manhattan section of NY-12 but what was gut-wrenching was the rate of disqualified ballots in the  Brooklyn part of the district (which has a higher population of minorities), where the rejection rate was a staggering 28%.  Across the city (no just NY-12), nearly 400,000 absentee ballots were cast, meaning the USPS’s handling of the election could throw out some 100,000 votes if we abide by the mathematical law of proportions, but I’ve learned that politics sometimes does not abide by laws.

It took six weeks for the results of the close race between Malone and Patel to be certified, after a torrent of absentee ballots overwhelmed election officials, delayed canvassing, and prompted a legal battle over the counting of thousands of disputed ballots.

If this happened in NY-12, it will happen elsewhere.  Our nation’s election right now is sitting in the palms of the incumbent.  The President has the ability to influence this election in a relatively bonafide fashion.  The USPS is about to be flooded with upwards of 45 million ballots to be handled with care.  If it took weeks for NY-12 to count and certify a democratic primary, it will take this country weeks upon weeks upon maybe months to certify this election by which neither side may accept the results because they will accuse their opponent of meddling in the election somehow or someway.  This nation is headed for an incredibly pivotal moment in its history, this will be the ultimate test to our democracy.  If you read my March opinion piece you’ll know that I attempted to vote in a primary in my former home state of California, however, I finally received my ballot four days after the primary date.

What can I do to make sure my vote is counted you may ask?  If you’re going to vote by mail, do it as soon as possible and if you can’t turn it in in person or via a dropbox at your local registrar of voters or BOE office, mail it back as soon as possible.  Or as I encourage my friends and family who aren’t immunocompromised, take advantage of early voting in your state and go vote in person; the future of our nation and our nation’s democracy, the very thing that gives our country abundant freedom, depends on it.