The Benadryl Challenge is sweeping TikTok could this be even more dangerous than the previous Tide Pod Challenge? 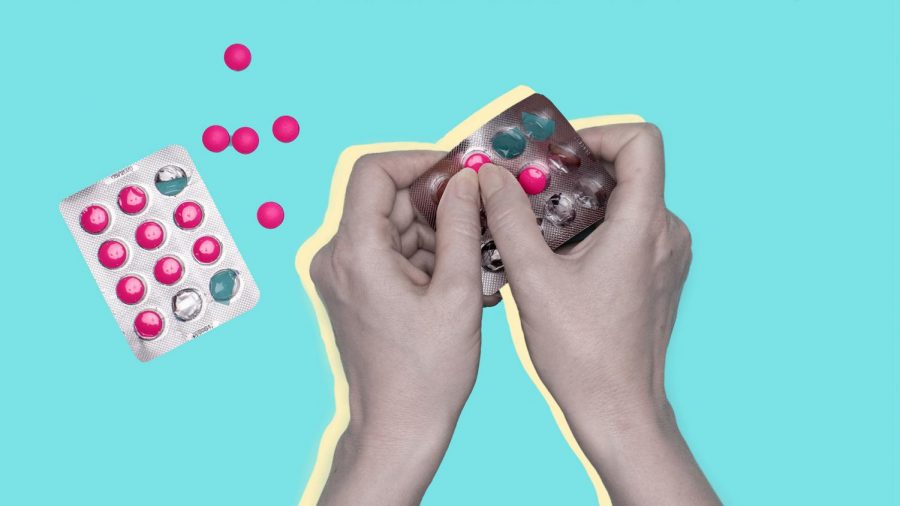 This photo is courtesy of health.com

Over the past years while you were in school you would hear of a new ‘challenge’ that you either saw on social media or saw in middle/high school. Everyone raving about how you should do it and even post it if you dare! Here are some instances of the challenges that people your age knew or even participated in when they were younger:

“In many cases, these challenges resulted in a trip to the hospital but these people doing these challenges only care about the views and the fact that someone famous did it so I should too. I also remember the salt and ice one when people would literally burn their skin and for what? I never understood why anyone would want to risk their lives for a stupid challenge,” Serena Weiss commented.

“I have never really been a part of a lot of Internet challenges, but I do remember they started when I was in middle school. I specifically remember the polar bear challenge when I was in seventh grade. It was this challenge where people would go run into lake Michigan during the winter months. The temperatures would be below zero in the water would be literally freezing, and kids would just do it for fun… I remember the cinnamon challenge where people would try to eat a spoonful of cinnamon and would either end up choking or coughing a ton because it was unbearable,” Jessica Potter.

These challenges might have seemed to be all fun and games until several people ended up in the hospital. Challenges like the cinnamon challenge where you take a giant spoonful of cinnamon and try to eat it without choking this is something where Serena Weiss, a student at MMC, remembers the dangers of these challenges, “I remember the cinnamon challenge and the chubby bubby challenge were extremely popular. Both of those challenges were choking hazards and no one took precaution because “everyone was doing it.” Even challenges involving eating the hottest pepper, and seeing how long you can go without drinking water. Another student at MMC, Jessica Potter, stated that “I also remember the fire and ice challenge where people would put a certain kind of salt on their arm and place an ice cube on top of the salt, and apparently it could give you really significant burns. Following each trend came a more disturbing and disgusting Challenge, in every case, causing the death of many preteens and teenagers.” Growing up you remember each challenge getting more and more dangerous with each new challenge.

In 2012 and 2013, another new challenge came about called the Tide Pod Challenge where you would film yourself eating a Tide Pod. The pods are designed to be used in the washer machine to wash and clean your clothes, not be consumed. That didn’t stop teens from completing the challenge even though it did lead to six deaths and more than 7,000 people had to call poison control. Causing it to go viral on Youtube and other social media platforms, but the dangers involved caused stores to put locks on their Tide Pods while stored on their shelves. This also led to schools and colleges hanging up signs to warn students, even MMC hung signs in laundry rooms warning against eating Tide Pods and the negative effects it has on your body. Those signs were posted in the 55th Street Residence Hall laundry room, during the time the challenge was big. This way the MMC community can get a jump on these new safety precautions of not consuming something that is used for laundry. Even the “Bird Box Challenge,” named after the popular movie Bird Box, a story of how you have to navigate life with a blindfold if you dare to step outside. This challenge prompted people to try and experience what the characters in the movie went through by recording themselves and their friends blindfolded walking around the street. According to ABC News, a girl caused a two-car crash when she while blindfolded herself while driving. Ignoring the obvious risks of being blindfolded outside. These internet challenges may seem harmless, but as they progress over the years they are becoming more and more lethal.

On September 24, 2020, the FDA has put out a statement in relation to how much Benadryl you should and should not be taking. The proper dosage for adults is 24-50 mg every 4 to 6 hours, and if taken more than that in a small window can lead to serious heart problems, seizures, coma, or even death. Why would the FDA need to issue this statement when you should know the proper dosage? Well, on TikTok the ‘Benadryl Challenge’ is the new internet challenge. Benadryl (an over the counter drug used to relieve allergies) are being consumed in high amounts. Teens are consuming way more than the suggested dose all so that they can induce hallucinations. The FDA, the U.S. Food and Drug Administration, has “contacted TikTok and strongly urged them to remove the videos from their platform and to be vigilant to remove additional videos that may be posted.” Ensuring that this challenge does not continue to be popular and hopefully stop it in its tracks. This is all to gain some sort of ‘clout’ on TikTok that they were successful in completing the challenge. This challenge, according to Daily Mail Online, a 15-year old girl from Oklahoma who participated in the challenge died from an overdose. The fact that death resulted from this challenge should make teens stop trying the challenge, but no. Teens and even Youtubers are still participating in this challenge, completing all because someone famous did it as well.

With each new internet challenge, they are at risk to put more and more susceptible teens into the hospital. Progressing much and much more, until they result in more deaths. The ‘Benadryl Challenge’ has resulted in one death and with the FDA having TikTok remove any videos relating to the challenge. It has forced parents to take extra precautions with things that teens can get influenced to do because of a social media app. Wanting to have a certain amount of views, or even likes even if it could be risking your life. Social media has such an influence on the users and sometimes that influence can have a huge negative or positive impact. It is up to the users whether they let that influence run their lives or not for the sake of gaining more popularity.