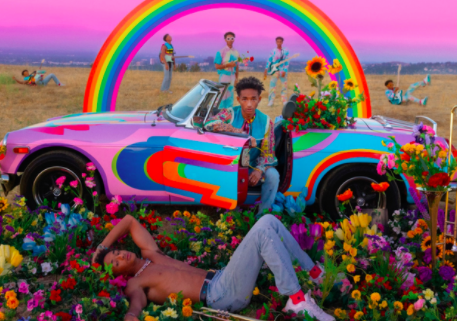 The music industry has had a weird go of it this past year due to coronavirus. The pandemic had musicians detaining their albums and tours for later dates when things seemed to have calmed down. With this halt in releases, the summer Billboard charts were filled with music from the previous year (ie; Harry Styles’ “Watermelon Sugar” and The Weeknd’s “Blinding Lights”) and loose singles/remixes dropped during the pandemic (ie; Megan the Stallion and Cardi B’s collab “WAP” and Doja Cat’s remix of “Say So” with Nicki Minaj).

Huge artists like Cardi B and Drake are still postponing their albums until further notice. Despite the anxiety of the pandemic, some artists took advantage of isolation to create and release new music. Taylor Swift surprised all by dropping a folk-inspired album in July.

What are the staffers at the Monitor listening to this fall? Below you’ll find the staff picks for albums to listen to this fall.

Samia has been my favorite Spotify discovery ever. From her first teen angst single called “Someone Tell the Boys” to her debut album The Baby, she’s been delivering the soulful poetry of a young person trying to figure it all out. I’ve been especially hungry for this album since I saw her live twice in 2019. One song that stood out in her set was a stripped ballad with the last verse pulling out to a beautiful harmony. That harmony stayed with me and I was dying to hear the studio version. That song, “Triptych” is Samia breaking the fourth wall, wondering if she’s self-sabotaging herself in order to write dramatically sad songs. The Baby bounces topics of relationships, body image, and self-esteem. Her lyrics are clever, cutting, and all-encompassing connected with atmospheric indie rock that’s perfect for a coming of age film. It’s officially a “sad girl fall” in my basement apartment. – Liza

To me, Taylor Swift’s Folklore is the perfect fall album. It has such an autumnal, cozy, coffee-shop feel to it. I also always love listening to one of her older albums, Red, when the leaves start to change. – Meg

I’ve been a diehard fan of Lady Gaga ever since I was in middle school when she came out with The Fame, so by nature, I am a Little Monster. I was surprised that she was going to release an album during this COVID era but, I was gonna support her no matter what. Chromatica exceeded my expectations and is by far the best album to put out during these troubling times. It’s not your typical album that gives you “fall vibes”, but with its emotional lyrics, orchestra-based interludes, club anthems, and futuristic music videos, Gaga takes you to another planet, specifically Planet Chromatica, and makes you forget about your worries. – Imani

Peach Pit’s You and Your Friends
I’ve been a fan of Peach Pit since 2018 when their EP Sweet FA was released. I would describe their music as indie pop and it makes you want to drive down the coast, roll the windows down, and blast their music. I saw them perform at the Troubadour in Los Angeles in 2018 and from that moment on I’ve been a huge supporter of their music. Their second album You and Your Friends, was released April 3, 2020, which was right in the height of the pandemic. Before their album was released, I bought tickets to see them perform in June, but unfortunately, their North American tour has been postponed until next year. Peach Pit is my fall choice of music because it makes me feel nostalgic. The band juxtaposes soft vocals and beautifully written lyrics based on true stories with electric guitar riffs, surf vibes, and rhythmic grooves. It is the perfect album to blast while sitting in your room amidst a pandemic. – Averee

All 2020, I’ve been making playlists by the month to encourage myself to find new music so I’m not listening to the same few songs forever. Honestly, CTV3 might ruin that goal because I’m going to have these songs on repeat for the rest of the year. When Jaden released SYRE back in 2017 that album became a staple part of my listening, but I think I love CTV3 just as much. I know that there’s about to be a time change and as winter approaches it’s going to get really dark outside so I’m so grateful that CTV3 has such great summer vibes. It’s definitely nothing like his other two albums, but that’s what I like most about it. I hate when people stop liking artists because their new album has a different sound. I personally love that about Jaden and I definitely encourage everyone to give him a listen. – Rayiah

My fall album would have to be The Slow Rush by Tame Impala. Two of my favorite songs right now are on it, “Borderline” and “On Track” and I listen to them on a daily basis. The remainder of the album is such a vibe, one that I really enjoy. – Gabrielle

The Kinks’ Preservation Act I

This fall’s album for me is The Kink’s Preservation Act I.  The Kinks (dare I say it) is the greatest band to come out of the 60’s British invasion.  The Kinks are grossly underrated, especially this album.  Preservation Act I, a rock opera (like the Who’s Tommy) chronicles the capitalist villain Flash who tries to buy up everything a man could imagine and control civilization that way.   There’s money, there’s love and there’s rhythm!  “Sweet Lady Genevieve” has been considered primary songwriter Ray Davies’ forgotten masterpiece; a claim I wholeheartedly concur with.  – Seamus