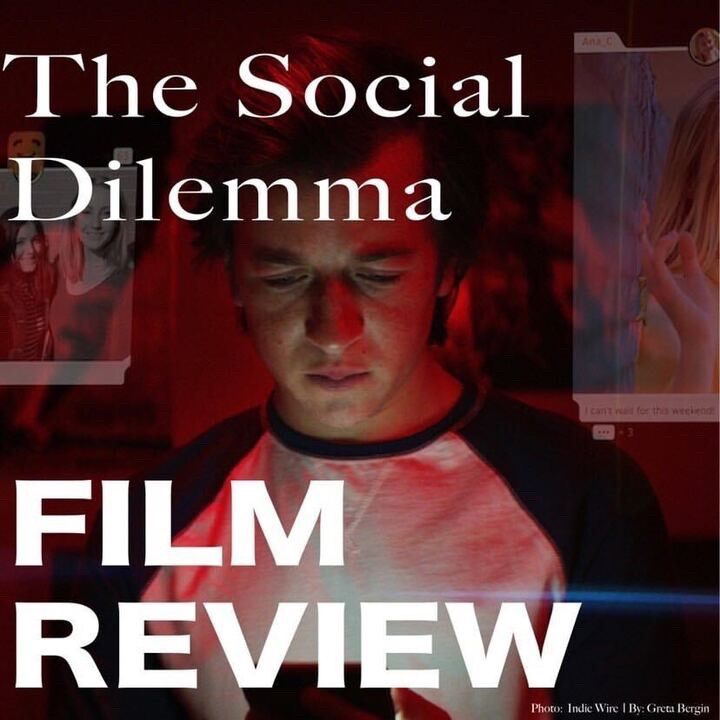 How many times a day do you check your phone? Personally, I’m not sure it would be possible for me to keep track. Whether it’s because I get a call, text, email notification, or just want to check the time, my phone is usually within my reach. It’s become so easy to access our phones physically that it starts to feel unusual to turn it off for a couple of hours and put it in a drawer. It’s almost the opposite of the saying, ‘‘out of sight, out of mind’’. Your phone, laptop, or tablet can be in another room of the house, and yet, the feeling of constant connection, especially through social media, doesn’t dissipate in the back of our minds at all. Is this good for our mental health? Does it impact our self-image? Does it harm the way we connect with family and friends? Is this a threat to the future of humanity?

These are the questions Jeff Orlowski’s new documentary, The Social Dilemma, tries to answer. Social media and its business model has influenced every aspect of modern life. According to the American Journal of  Epidemiology, in 2017, ‘‘A 5,000 person study found that higher social media usage correlated with self-reported declines in mental and physical health and life satisfaction.’’ The Freedom house reported, ‘‘global internet freedom declined for the ninth consecutive year in 2019.’’

Orlowski decided to bring together a group of former  tech executives and other experts to assess the issues arising from widespread social media use. Orlowski also paralleled the interviews with a fictional subplot concerning one family’s social media addictions and the harm they face. Altogether, it might take the viewer a minute to realize that The Social Dilemma is not a science fiction film. It’s a disturbing documentary that brings one of society’s dismissed issues to the limelight.

One of the most poignant aspects of the documentary is the interviews with Tristan Harris. Harris is the Co-Founder of the non-profit, Center for Humane Technology, and a former Google employee. As a regular social media user, it was terrifying and eye-opening to hear him explain the amount of mental manipulation that goes into keeping our attention on the screen. Although Harris sometimes stumbles on his theories (to assume that going back to political and ideological compromises before social media would benefit everyone comes from a place of unacknowledged privilege) it was fascinating to see how the person that helped create the current dilemma is now one of the strongest advocates against it.

If only there could’ve been more of the interviews about social media business models, extraction theory, and surveillance capitalism. Instead, the fictional subplot unnecessarily interrupts each interview. The way the family’s interactions and phone addictions are acted out reminded me of a bad anti-drug PSA from a high school health class. The documentary would’ve benefited more if Orlowski interviewed average people and had them discuss their concerns with social media.

Maybe I’m an optimist, but by the end of the film, I was hoping more time would be dedicated to how these interviewees were specifically confronting the social dilemma. For the normal person, watching a documentary like this is necessary and informative. Yet, it makes one feel helpless and I think in situations like this it’s the filmmaker’s responsibility to make sure they dedicate enough time to the interviewee’s theories of solutions. The Social Dilemma didn’t quite achieve this. Any of the optimism at the end felt hollow like it hadn’t been given room to be fleshed out.  I think we need a counterpart documentary now, one hour and thirty-four minutes of complex solutions on how to fix the social dilemma plaguing each social media user in the world.