Live Shows From the Safety of Your Home 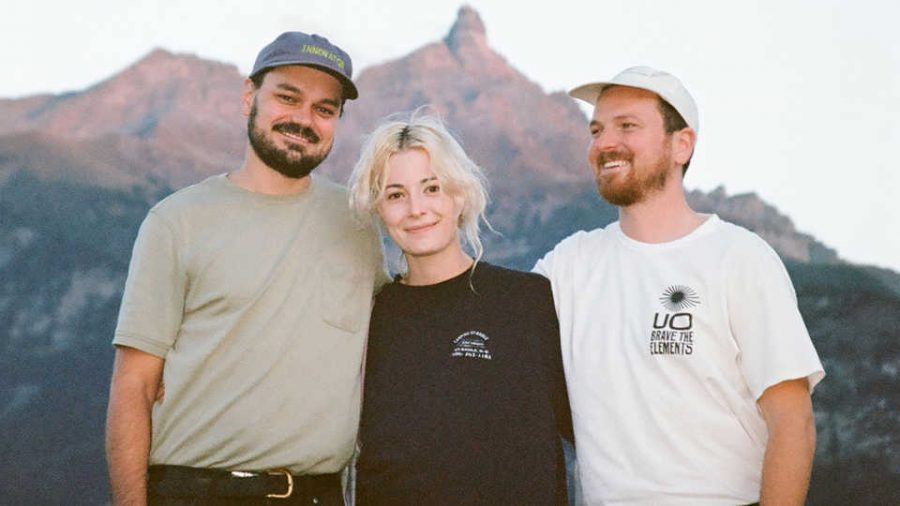 Five musicians sit in a V-shape formation, hands wrapped around guitar necks and drumsticks, eyes peering down at frets and cymbals; they play their opening notes and a subtle, uniform head rock takes over their bodies. Instead of being within the traditional concert venue, elevated upon a hollow stage and surrounded by smoky cones of colorful lights, these musicians sit close together inside of an unfinished garage with exposed foundational wood and a filled storage shelf above their heads.

These musicians are the members of Canadian bedroom pop group, Men I Trust. As COVID-19 lockdowns were slightly relaxed in Quebec City, Canada, the group decided to reunite to record a series of live performances of their pre-existing repertoire. The video series, posted on YouTube for all to access, is aptly titled the “Garage Sessions.” The group also compiled an audio album of the recordings, released to all major streaming platforms, entitled “Forever Live Sessions.”

The pandemic may have snatched away all touring opportunities for musical groups; however, many bands found innovative ways to present live versions of their work to audience members in a safe and accessible manner. Pre-recorded videos of audience-less live sessions allow music lovers an opportunity to hear their favorite bands in unproduced capacities, bringing them closer to the feeling of a live show.

Brooklyn-based indie rock band, Crumb, released a pre-recorded, live version of their newest single, “Trophy” (released March 10, 2021). As synthesizer tones melt through the virtual audience members’ ears, prismatic video footage pans across each member of the band as they perform on a New York City apartment rooftop. The lo-fi aesthetic of the video combines with the floating, dream-like undertones of the audio track to place viewers in a swaying trance. A crawling bassline and steadily paced rhythmic pattern of the snare and hi-hat create a subtle, relaxed groove while continuing to maintain enough energy to align with the movement of the camerawork. Viewers are transported to a chill, pre-pandemic concert scenario that feels almost as dreamlike as the video.

Similarly, Men I Trust’s Garage Sessions present raw versions of the tracks that were previously recorded inside of a traditional studio. The audio has much less reverb (an airy effect that simulates the sound of echo in a large room) than the original versions of the song. Although less produced than the studio recordings, the tracks maintain endless underlying grooves, provided by the gliding wah-pedal effect upon the guitar pitches and a constant tapping of the drumset’s cymbals using a soft-bristled drum brush (versus a drumstick). Men I Trust also succeeds in transporting virtual audience members to a visionary place fusing together memories of live concerts in the past and a future look to dreams of finally being back inside of a concert venue one day.

Elias Rivera is a senior at New York University studying film/television. Prior to the COVID-19 pandemic, they opened a music and arts venue in their basement. In hopes to continue with this idea in a safe way, Rivera called upon their artist friends and neighbors to record and film live sessions in their backyard.

“The idea [is] to edit them together into a two hour ‘live’ event that can premiere on YouTube where we can fundraise for mutual aid,” says Rivera, noting that they are in the process of editing the sessions.

Rivera and their roommate volunteer at Bushwick Ayuda Mutua and they were able to find artists within their community for whom the event will raise money.

“We missed live music and the energy from our first open mic,” says Rivera. They are looking forward to creating something that will serve as an artifact of this time and all of the changes brought about by the COVID-19 pandemic. Music lovers can follow @headroom.bushwick or @socialdistan.zine on Instagram in order to receive updates on the premiere of the event.

Pre-recorded live sessions provide musicians an opportunity to present versions of their songs that were previously only accessible to listeners if they were able to attend a show at a concert venue. Many of these video clips are available on YouTube, making the near-live experience available to many fans.

For the music fanatics who wish to seek out ticketed live-streamed events featuring their favorite artists, mobile applications such as Bandsintown have recently been posting, and even hosting, these concerts In August 2020, the application hosted a live-streamed event in which three bands with an essence of similarity between their sounds each performed from their home spaces or, if possible, an empty theater. While solo singer-songwriter Jensen McRae performed an acoustic set from her home and California-based indie pop group The Marías performed with backing musicians masked and all socially distanced, Amsterdam-based musician Nana Adjoa performed with a supporting band in a theater, as COVID-19 restrictions differed in the Netherlands. The performance brought live shows into the viewer’s home.

Although concert venues remain desolate and silent, musicians have adopted innovative methods in order to present their work in a way that nearly equates to live music events. Audience members can emulate their concert experiences of the past by seeking out these live sessions, available on many internet platforms.