Astrology Myths You Are Probably Believing 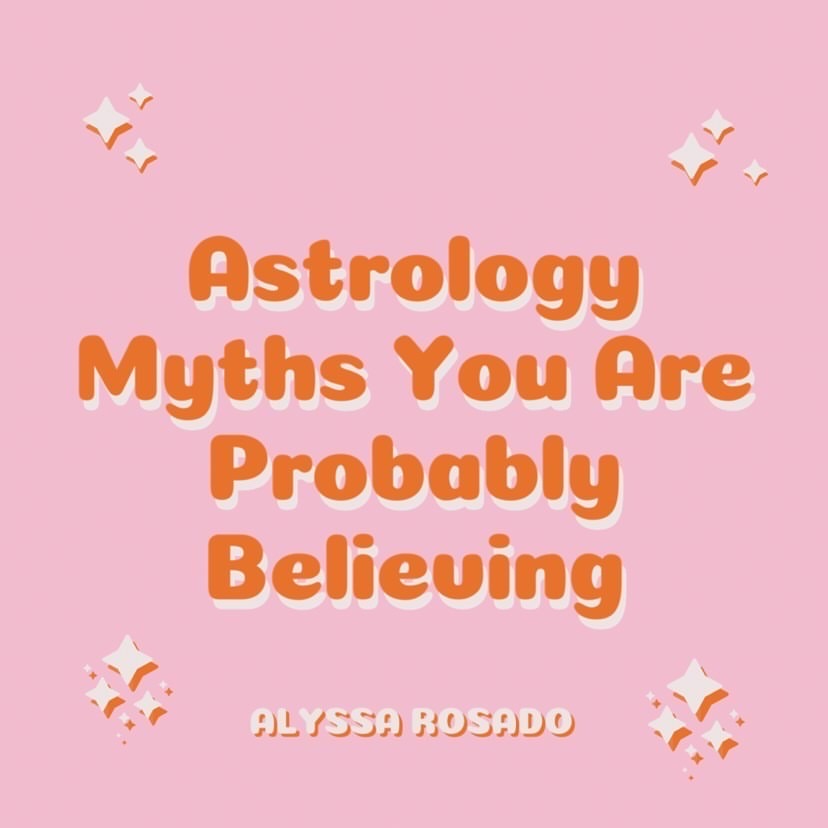 Chances are you’ve come across Astrology Twitter or Astrology Tiktok at some point and have taken a personal deep dive to see what people have to say about your sign. You’ve probably read thousands of comments and tweets about things such as cusps, the same Sun sign differs from person to person solely based on the month they were born in and Sun sign compatibility is an end-all-be-all in relationships. These topics tend to trend on Twitter frequently and flood people’s timelines with false information which leads them to spiral into thinking they are traits of something they aren’t.

The most popular myth that gets thrown around the most is cusps. A cusp refers to the last days of one sign and the beginning days of another where one is born. For example, someone born on March 19th would falsely state they are a cusp because they are at the end of Pisces season and at the start of Aries season. People tend to believe in cusps because they want to believe they have traits in their Sun sign that reflect that of the sign prior to or following their own. This is completely false. The Sun itself cannot be in two places at once. The way a natal chart is captured is by degrees and time, not by dates on a calendar. Each sign stays in one sign for 30 degrees, being that there are 12 signs, this would complete a full circle of 360 degrees. There is no overlapping. One can be born a 0 degrees Aries Sun on March 20th and know of someone born a 29 degrees Pisces Sun on March 19th. Another reason people tend to believe in cusps is because they do not feel like their Sun sign. This can mean they either have a stellium (a cluster of the same sign in your chart three or more times. Stelliums have to be either your Sun sign, the sign before yours or the sign after) of another sign either before or after their own or their other placements may be more dominant than their Sun sign.

Recently on Twitter, there have been multiple occasions where a certain sign will trend out of the blue, but it will be associated with the month that sign takes place. A very popular one that trends frequently is May Gemini and/or June Gemini. This myth was popularized because of the constant slander Geminis and other signs in general, tend to get. Many people would defend themselves by saying they’re different and a good Gemini because they’re born in May. Again, this is inaccurate because all forms of Astrology go by time and degrees not by calendar dates. So to include the month as a defense to your argument would be invalid. Secondly, any one person can have a stellium. There can be someone born in February under the Sun sign Pisces, but have an Aries stellium. They are not as close to Aries season as a Pisces born in March, but it is possible and vice versa.

Lastly, a very misleading but widespread myth is that in order to form bonds and relationships with people you must have compatible Sun signs. This can mislead people easily because they might stop certain relationships or be hesitant with certain people because of their Sun sign. Sun sign compatibility is not the only factor that goes into one’s compatibility with another person. There are other factors like the other placements of the charts involved and the houses of those placements as well. Much of Astrology Tiktok’s content consists of the signs in situations with other signs and their compatibility with one another. This type of content is what gets viral fast and what is easily understood by many because a number of people only know their Sun sign. Compatibility between two people has also been popularized by magazines because it involves romance and people are always looking to see if they found the one, or answers to who the one is for them. Many people tend to fixate on their compatibility with another person so much so that they miss out on great opportunities and relationships. There are signs that bump heads, but it is not solely based on the Sun sign, which is why this myth ruins Astrology for some.