Broadway Flea Market Brings Change One Playbill At A Time 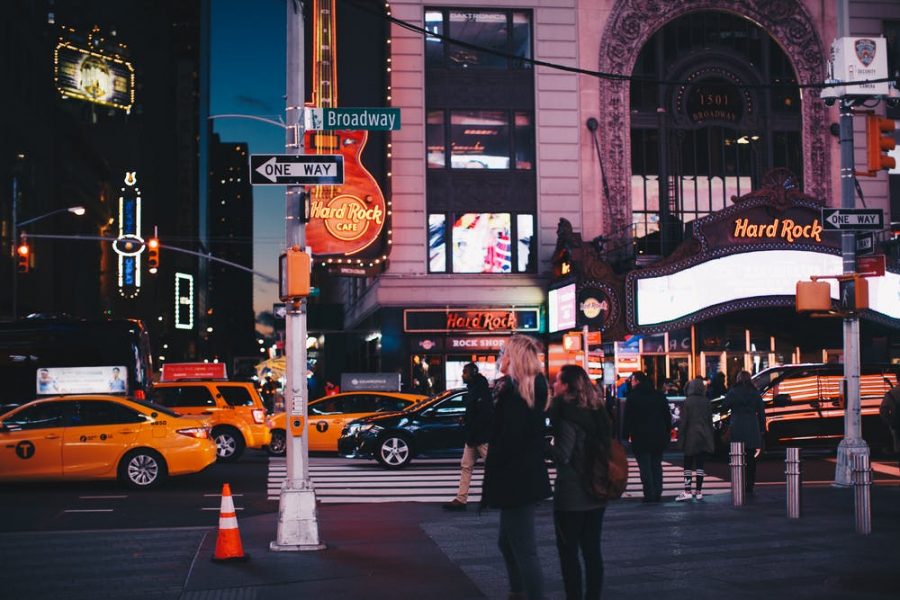 Broadway Cares/Equity Fights AIDs is a not-for-profit organization that was first established in 1988, and has since raised more than $300 million helping individuals across the country in need of medical assistance, with a specific focus on those suffering with HIV/AIDs.

Annually, Broadway Cares/Equity Fights AIDs organizes the Broadway Flea Market, which is centered in Shubert Alley and extends through the 44th and 45th street blocks of Times Square. Fans can stop at tables hosted by their favorite shows, often run by members of the cast. Anastasia star Max Von Essen could be found at the Anastasia table this year selling “Gleb’s Famous Gluten-Free Chocolate Chip M&M’s Cookies” and other baked goods, as well as merchandise and special collectibles. The Phantom of the Opera table was run by cast member Maree Johnson and boasted several prop pieces, most of which were signed by the cast, including Christine’s boots from the “Masquerade” scene and a piece of the actual stage signed by the main trio.

Still, the excitement doesn’t end there – apart from the thrill of the hunt when you are searching for rare collectibles, there is so much more to do and see. In Shubert Alley, you can watch (or even partake in, if you’re willing to drop some big dollars) the grand auction for incredibly rare, unique items such as a signed prop trombone from Spongebob Squarepants, or even once-in-a-lifetime experiences like joining the cast of The Lion King onstage. You’ll also see a long line of eager fans awaiting a meet and greet with one of their favorite Broadway stars for a minimum donation of $20 (though this price is subject to change depending on the demand for certain actors.) This year’s lineup included members of the cast of Mean Girls, Anastasia, Spongebob Squarepants, and countless other shows.

If you still haven’t surpassed your budget for the day, you can head over to the TDF (Theatre Development Fund) table where you can purchase raffle tickets for a dollar each. The tickets are stapled closed, and you can pop each one of them open to see if you won. If you do win, you can exchange it for a mystery envelope, enclosed in which are two seats to a random Broadway show.

Multiple Marymount Manhattan students could be found amongst the crowds at this year’s Broadway Flea Market, and many of them recounted their experiences fondly. “Even though I only had twenty dollars, I made the most of it and got some great stuff,” says freshman Baylee Lacroix. The most remarkable thing she was able to buy, even with a tight budget? “An original Broadway cast of Titanic Playbill. I’ve been looking online for a year and finally found one!”

Will next year be your first time attending the Broadway Flea Market? Here’s the biggest tip freshman Megan Bros has to share: “I would definitely tell people to go with money! It wasn’t very smart of me, a broke college student and a massive Broadway fan, to go with twenty spending dollars.” She adds, however, that like Lacroix, she was able to stretch that twenty dollars fairly far. “I did get a lot for those twenty dollars, so be on the lookout for hidden deals!”

“Don’t be afraid of the crowds, because it can be super intimidating,” freshman Hope Johansen adds. Bros attested to the fact that the hectic nature of the event can be overstimulating, but overall, Marymount students and theatre fans alike seemed to walk away pleased with the experience, regardless of how much they bought or who they met. “The sense of community was out of this world,” says Johansen. “It was so great to be surrounded by so many people who love the same thing as me!”

The Broadway Flea Market will definitely come back around next year, so be on the lookout for information when it gets closer!