A Recap of the Nicki Minaj vs Joy Reid Feud 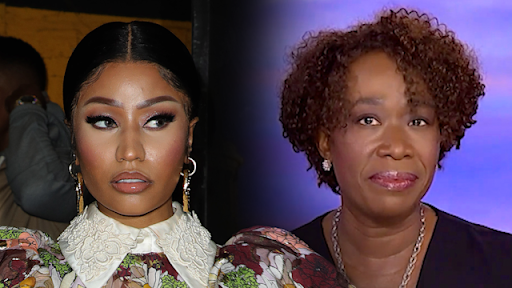 This past week I’m sure several of us have seen all of our favorite celebrities dress up for the Met Gala following NYFW. But that leaves us to question where many of the celebrities that typically attend the Met Gala and why they didn’t attend this year. We are all aware that individuals have their own opinion on vaccines, and whether Americans should have the decision to become vaccinated or not, but this is still a sensitive topic for some.

Being fully vaccinated is one of the requirements to attend the Met Gala this year but rapper Nicki Minaj had her own thoughts about it through her Twitter. Which led to some controversy and uproar.

So let’s talk about the facts of the situation, Nicki Tweeted:

“They want you to get vaccinated for the Met. If I get vaccinated, it won’t be for the Met. It’ll be once I feel I’ve done enough research. I’m working on that now. In the meantime my loves, be safe. Wear the mask with 2 strings that grips your head & face. Not that loose one.”

This statement did not cause as much uproar as the next statement did which is what many of the press ran with while they were discussing this controversial issue regarding Nicki Minaj.

She tweeted about her cousin’s friend in Trinidad who got the vaccine and became “impotent”. Many feel as if this situation that happened to Nicki’s cousin friend was not related to the vaccine being that Trinidad releases a different vaccine that America does. People took the statement as Nicki trying to tell individuals not to get vaccinated which she was not. She was simply just sharing a story that she had heard from her cousin which has led her to slow down on becoming vaccinated.

But what really took the press running was her feud with journalist Joy Reid, and she had a lot to say about Nicki’s misleading information. Reid went on an intense rant that Republicans loved the coronavirus and wanted it pumping through their veins. This rant was blasted all over social media platforms following that it was causing more harm than good and that she was a “terrible person”. Although I understand she had a lot to say about the Republicans view and other people’s view on the vaccine, I felt as if her rant was very unprofessional and out of context to be broadcast on national TV.

Controversy is what makes many Americans want to watch television but to what extent do we have to go to express our own opinions while putting down another person.

Black women in America are already judged more than any other race, but for another black woman to publicly attack Nicki Minaj is sickening to see. I truly felt like Nicki was simply just trying to share her opinions on social media like many others do but because she is a celebrity with 22 million followers she has to be judged for her opinions.