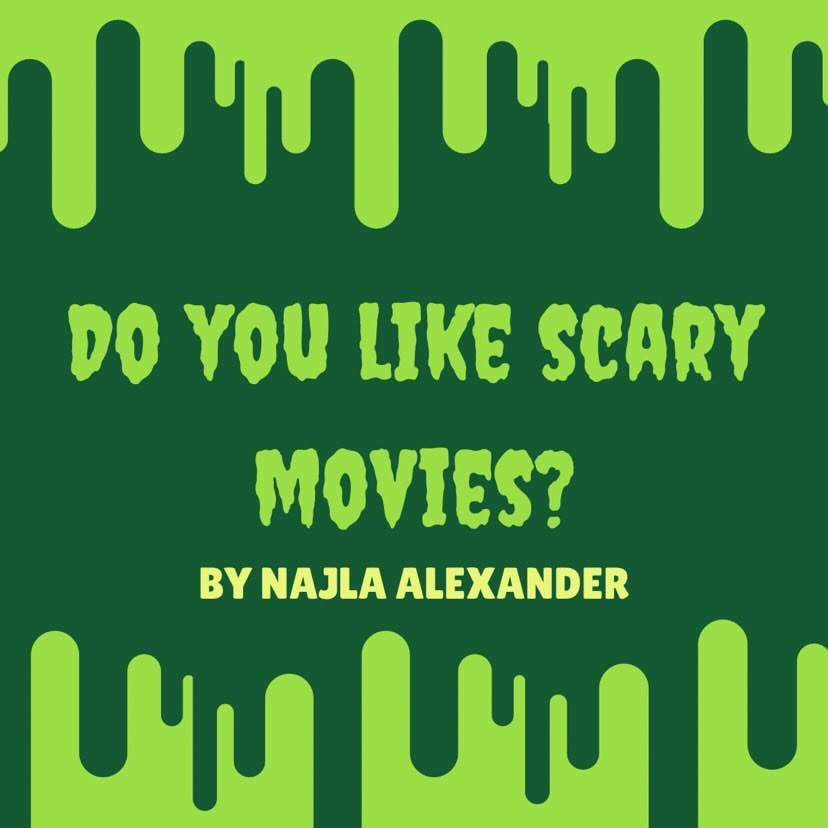 The horror genre is one that is loved by many especially around the time of All Hallow’s Eve or Halloween. Writers like Stephen King, Wes Craven, and even Joe Hill (son of Stephen King) bring to life these horrors that you would never think would be in the worst of your nightmares.

All of the iconic classics play on repeat like the Scream 1996 series. The four-part sequel lays out the rules you should follow in order to survive a horror movie according to character Randy Meeks, “You can never have sex, you can never drink or do drugs, and never (ever, under any circumstances) say “I’ll be right back.” These rules change slightly with each movie because the motive behind the killings have changed. In Scream 2, the rules are, “The body count is always bigger, the death scenes are more elaborate, and never, ever, under any circumstances assume the killer is dead.” In Scream 3, the rules are, “The killer is superhuman, anyone (including the main character) can die, and the past will come back to bite you.” The rules that you have seen being played out in some way or another in any classic horror movie. Rules that could help save your life, but seeing the twisted actions of the killers being played out throughout the movies, what effect that has on the audience and if it is responsible for the violence we see today.

If you have seen the first Scream at least once you know the iconic quote by character Billy Loomis, “Movies don’t create psychos, movies make psychos more creative.” The film brought this long debate in the horror genre where you wonder if the horror genre is responsible for creating killers or just giving them more creative ideas. Taking a look at all the factors that contribute to someone committing acts of violence watching horror movies isn’t the only one. If you take away all horror movies from society, you still would be left with stories and legends from word of mouth passed down from years before that have shaped and molded the inspiration for these movies. Horror movies are not the only factor that contributes to the violence society continues to face today. You have to take into account local law enforcement, economical issues, and an individual person’s mental stability.

Looking at the films themselves and the psychology involved, the horror genre has had such an impact on society makes you think that this long debate is one where you have to look closely. Horror movies are a place to feel fear in a controlled setting playing out real horrifying scenarios as a way to prepare for us if we are ever in a similar situation. Like the author, Berte states, “Although, the majority of the audience and researchers believe the horror genre is all about blood and gore…the films have underlying ideas and concepts about society, such as representing the decay of society, showing the value of social norms…this genre of film represents real-life event to the public, giving them valuable knowledge should they ever find themselves in a similar situation.”

According to Casey Maree Berte, author of “Horror Genre: Creating Killers?” she believes due to her extensive research, “The violence inflicted by people like Jack the Ripper and Delphine, who can be deemed as some of the most infamous serial killers in the world, were not around when the horror genre evolved, thus leaving the motive or purpose for the killing rampages to the fault of society and its conformities or the person’s mental stability within their micro world, not the influence of the horror genre popular culture and its widespread access.” Berte is trying to come to the point that even before horror the genre we all know today, some of the world’s most famous serial killers were introduced to the world. Leaving the horror genre out of it completely with one’s view on society and their mental state to be blamed. Making no difference in this day and age now because if there are killers before the horror genre there will be killers during and after it as well.

That doesn’t mean that horror movies don’t inspire individuals to finally go over the edge to act out or even copy certain killing scenes from those movies. Meaning it is the entire horror genre’s fault, but that individual person could have been mentally unstable. A case in 2004 when a man murdered four people in the style of A Nightmare On Elm Street and Friday the 13th, according to Berte, “Daniel Gonzalez was both drugged and mentally ill… diagnosis of paranoid schizophrenia, and the doctors overlooked Daniel’s capacity for violence.” If Daniel received the correct treatment the murders could have been avoided altogether.  In these cases, where the horror genre is blamed for these acts of violence happening outside factors were the reason behind it.

Coming back to the question, are horror movies responsible for creating killers or making them more creative? Well, horror movies and the entire genre have quite an impact on their audience. Where outside factors like alcohol and/or drug use and a person’s mental state are all that push an individual to commit such acts based on what they see from the horror movies while under any influence or specific mental state, but the movies themselves are not what creates killers.