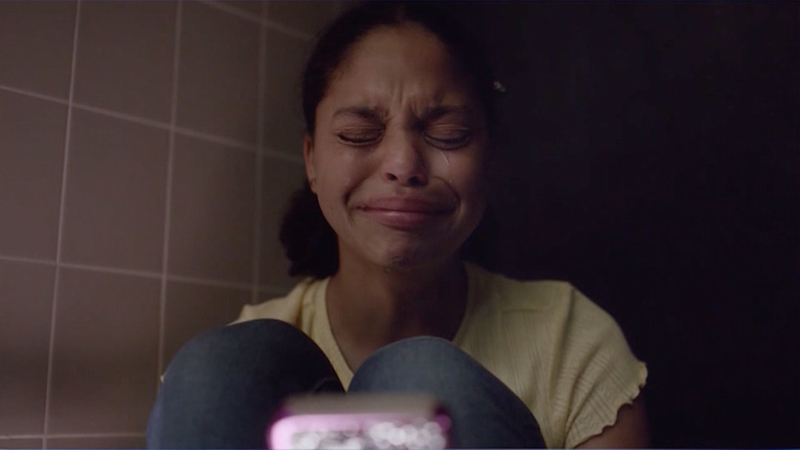 The Sandy Hook Promise is a nonprofit organization founded in 2012 following the tragic school shooting that took place on December 14 in 2012. The organization aims to honor all victims of gun violence while also providing programs and educational resources on how to recognize the signs of potential gun violence in order to prevent school shootings. The organization has so far released five PSA videos as well as a documentary titled “What They Left Behind”. As of August 2018, Sandy Hook Promise trained 3.5 million young and adults in their Know the Signs programs at schools and youth organizations across the country.

The Sandy Hook Promise Twitter account tweeted a minute and six-second long PSA on September 18, at 8:00 am with the caption “Survive the school year with these must-have #BackToSchool essentials”. Followed by a trigger warning for the graphic content featured in the video.

The video, which has been spreading around Twitter, begins on an upbeat note, similar to many other back to school commercials. Multiple children are featured showing off their new back to school items, such as notebooks, clothes, and headphones. As the video continues, the students begin to display their items as aids during extreme cases of emergency, such as school shootings. One student is featured tying a tube sock around another student’s bleeding leg saying while saying “These new socks? They can be a real lifesaver.”

The video ends with a black screen and the message “It’s back to school time and you know what that means. School shootings are preventable if you know the signs.” According to the Sandy Hook Promise website, EACH DAY 8 children die from gun violence in America. Another 32 are shot and injured.

While certain aspects of the video may seem exaggerated, sending children to school with more than just knowledge of what to do in the event of a school shooter is the case for many parents. According to the Washington Post, bulletproof backpacks, clipboards, and even three-ring binder inserts have risen in sales since 2016. Bulletproof back to school products have become a booming industry with their main demographic being parents with children in the school system; However, doctors, taxi drivers, and even flight attendants are looking into purchasing bullet-resistant products to increase safety in their jobs. While there is little evidence these products are effective, it’s the best that many parents can do with the knowledge that they will not be there should their child encounter an emergency at school.

Regarding the video, one Marymount student said, “The way they blended the positive display of new school supplies and discreetly transitioned to higher stakes was clever and compelling”, MMC junior Hanna Meyers conveyed in response to the Sandy Hook Promise video. “They played on the innocence of the kids scrambling to find the nearest object to keep them safe — and there were no adults, teachers, or parents anywhere in the video — it was up to the kids to figure out what to do in the situation, which is a big task.”  When asking students how the video translated to Marymount culture, a majority of roughly 30 students commented that they were not sure where to find MMC’s guidelines and procedures for what to do in the event of a school shooting. Only about half of the students felt that they knew what they would do in the event of an active shooter.

Peter Schaefer, Division Chair for the Communication and Media Arts Department at Marymount attended an active shooter seminar led by a security staff member. “I found it tremendously helpful and comforting because the session gave me concrete strategies for what to do in case of an emergency”. Faculty members are frequently given feedback on security measures enacted and Schaefer feels confident in the security teams’ abilities.