Increased police presence on campus may cause issues with Latinx students 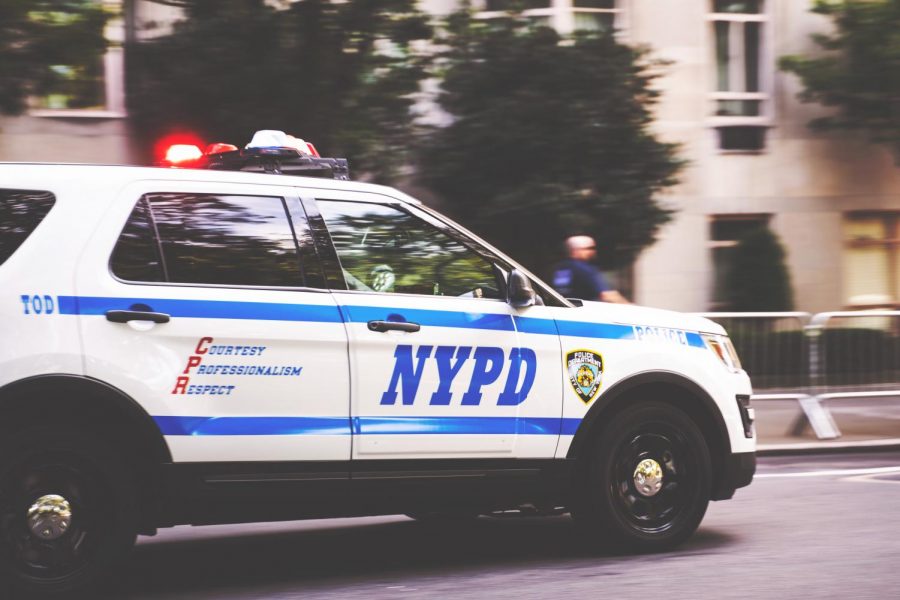 Photo by Gianandrea Villa on Unsplash

With New York being the most populated city in the United States, crime is not foreign to the people who reside within the area. The seventy-seven precincts around the state consist of 36,000 officers and 19,000 civilian employees that have sworn to protect the lives of millions, yet so many people have grown to fear the organization that is there to protect them. Much of this aversion to the NYPD stems from their practices that aggressively target communities of color, young people, homeless people, people of the LGBTQ community, immigrants, women, and other underrepresented communities.

Fearing police takes a historic role in reinforcing racial inequality and has led many people of color to stray away from armed forces. Even though the police force is among one of the most trusted institutions, many cops take advantage of their authority and badges to act outside of details in their job description. Rather than safeguard the community, some use their higher title to get away with things that have a negative and sometimes dangerous effect on the citizens they are trained to protect.

Being in a culturally diverse and eccentric place like New York, the NYPD are everywhere.

Because of this, many of the people who come into contact with police suffer prejudice towards their previous criminal records, immigration status, mental and physical disabilities, race, and other presentments. Many citizens live in fear of police who discriminate against innocent citizens, some even straying away from police rather than going to them for help.

The New York City Police Department has a mission statement that explains their job is to “enhance the quality of life in New York City by working in partnership with the community to enforce the law, preserve peace, protect the people, reduce fear, and maintain order.” Despite the NYPD’s outward portrayal of a protector of the common citizens, police departments still find ways to keep cops afraid, and much of this fear is masked as self-defense.

Louis Hayes, a full-time Police Officer for the Chicago Police Department, served as his department’s Training Coordinator and Firearms Range Master in order to plan educational and development programs for sworn armed staff members. Much of his advocacy stems from research by The Journal of Personality and Social Psychology who reported that police training helps to counteract biases in shootings. Even with this knowledge though, not all police will truly understand it or take advantage of these training opportunities.

“We need implicit bias training and community outreach. Our training spends too much time and effort on the “exceptions,” and not enough on the “rules,” Hayes told Quartz. “Above all, we need to adopt evidence-based risk management modeling that will appropriately train our officers to be aware, prepared, and ready, instead of using biased, anecdotal war-storytelling methods that–unintentionally or not–create an us-or-them mentality.”

The training that Hayes is doing has become more important over the last few years. With insufficient training around the world, there is virtually no accountability for bad police. The result of this being that the people who live within the community are not only susceptible to crime from adventitious violence, but also from the police themselves.

An example of this abuse is shown by Micaela Tompkins, a first year student at Marymount Manhattan College. On her long walk from her dorms to school, many police officers stand posted on every few street corners in order to direct traffic. With this being just another day for Tompkins, she wasn’t thinking much of her surroundings, much less about if a police officer would approach her. To Tompkins dismay, as she waited for the crossing sign to turn in her favor, she was approached and cat-called by a police officer on duty.

“I was confused at first, and slightly hesitant to say no, but he was persistent in asking me out to dinner. He was a police officer in uniform and he was way bigger than me. There was no real way around him if I wanted to get to school on time,” Tompkins explained.

“I think it’s really irresponsible to hit on someone when you’re a police officer in uniform, because there are so many power dynamics in play there. Of course, I know I’m white and I will always be more protected strictly because I’m not profiled the same way people of color are, but I’m generally distrustful of police anyways being a queer woman.”

While interviewing Tompkins, she also pointed out that some students are wondering how the college students and organization are going to respond to fear of police during specific incidents.

Recently, Marymount Manhattan College had a threatening scare and had to increase security and police presence in and around the dorms and school campus. Esias Johnson, a previous graduate from the college, made multiple threats to the school which caused the cancellation of many school days and an emergency evacuation.

Following Johnson’s arrest, the school has been sure to increase security at the school by asking the NYPD to stand put outside of the schools main buildings. This decision has raised some questions considering some students at the school feel more uncomfortable and more unsafe with police around. First year student, Jasmin Brown, happens to be one of these students.

“Yes, with the guy following people, I feel more comfortable knowing that a situation like this won’t happen again because we are more prepared this time, I can definitely understand how other people feel uncomfortable because the more police interaction, the more likely there are cases of brutality and assault,” explained Brown.

“I thought that because the intruder was a person of color there was a stigma against all people of color and we were looked at differently. Every black male on campus was a target. Of course, the school has open forums and the black and latinx heritage club has met previous to the man’s arrest, but I’m not sure if the issue of discrimination has ever been brought up.”

“I think it’s necessary for the increased police presence — I feel safer here than I would in other larger cities. Coming from San Francisco, California the police presence isn’t as extreme, but there is still crime here the same way there is crime there.”

Because of problems that these women and many others have faced, committees have formed to call for justice and reform. One of these local groups are the Communities United for Police Reform. This organization coordinated the Right To Know Act Coalition and the Safer NY Act in New York. The Right to Know Act aims to prevent NYPD abuse and unnecessary police encounters, while also requiring that the NYPD be more transparent when interacting with the public. The Safer NY Act is a package of bills in the New York State Legislature that helps increase police transparency accountability to New Yorkers’ encounters with police.  Both of these policies are put in place to ensure that New Yorkers know their rights and responsibilities when it comes to lawful matters.

“These policing practices create and foster an atmosphere of fear and mistrust of the police, while violating New Yorkers’ human and constitutional rights, and systemically perpetuate inequality in our city,” The Communities United for Police Reform said in a statement about their organization.

A more national organization that calls for police reform is Black Lives Matter. Organized in 2013, Alicia Garza, Patrisse Cullors, and Opal Tometi created a project called #BlackLivesMatter in response to the Trayvon Martin case against George Zimmerman. The member led organization has a goal of building local power in order to intervene in violence against the black community.

This fear of police has led to the call for collaborations with government investigative agencies to prosecute abusive police in many states as well as hands-on training and mentoring for police and other officials and support the government in strengthening the legal safeguards that protect innocent people. Maybe with more of an emphasis on communication and more civilian input, things could get better and we’ll see a more prominent change.