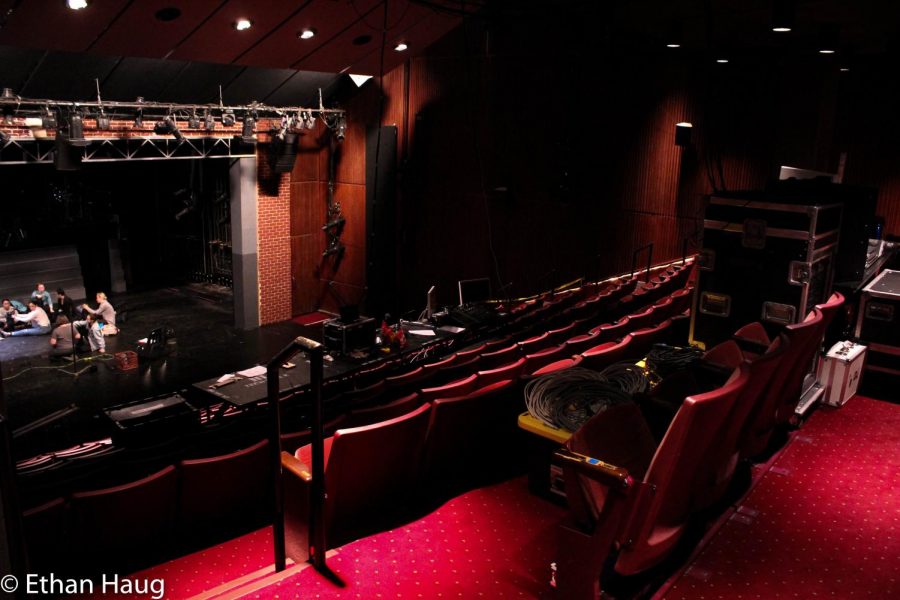 Students and faculty all over Marymount were frankly “grossed out” about the fact that on October 24th, the Theresa Lang Theater was abruptly shut down after students and faculty received an email from Lucy Wells, the Capital Project Manager and Administrative Coordinator for MMC, stating that “seven seats in the Theresa Lang Theater were found to be positive for bed bugs.” Further stating that “numerous other locations on campus have been tested for bed bugs” and all those locations tested have come back negative for bed bug presence. The email declined to say whether or not any students or faculty were affected by the presence of bed bugs in the theater. MMC’s Student Health Services also declined to speak to whether any students sought medical assistance after contracting bed bugs.

The email was closed with a projected less than 24 hour turn around in opening the theater stating “We expect the theatre to be available for regular operations by tomorrow, Friday, October 25 at 11:30 am”. Well’s email also included some facts about bed bugs such as What are bed bugs? Where do bed bugs live? Where do bed bugs come from? And What are precautions I can take to keep bed bugs at bay?.

“Bed bugs are nasty little critters” says Dr. Allan Fritz, a practicing general physician. “They’re difficult to pick up on because they’re have the size of a lemon seed and sometimes bite don’t show for a few days or weeks in some cases.” Dr. Fritz continued to explain why bed bugs are found close to us humans with “like mosquitoes and leeches, they feed on warm-blooded animals. Not only humans but dogs and cats can be subject to bed bug bites as well.” Although you can not feel a bed bug bites at the time, it may develop into an itchy welt similar to a mosquito bite. Unlike ticks or mosquitoes, bed bugs do not transmit disease; however, they can cause significant itchiness, anxiety, and sleeplessness. Unlike head lice, they do not live on a person. However, they can travel from one place to another in backpacks, clothing, luggage, books, and other items. Although bed bug bites pass usually within weeks, their bites can be remedied at home using hydro cortisone creams and antihistamines that may speed recovery from such bites. Many experts say washing and drying your sheets and bedding several times over at the hottest temperature possible will tend to kill off bed bug habitats nestled in your linens. There are also certain sprays you can purchase at drug stores for mattresses and bedding that will exterminate the bed bugs as well.

Marymount students received another email on Monday, November 4th again stating two seats tested positive for bed bugs despite treatment in late October. The Theresa Lang Theater was closed abruptly again on Saturday, November 2nd in response to the bed bug’s presence in the performance space.  It is unclear whether or not it was two of the seven seats infested with the small brown insects previously reported in the first place. Wells, who authored the second email said that the bed bugs were discovered “during production rehearsal work” and that “the audience area of the theater was immediately closed off and the exterminator was notified.”  Wells further stated that “the theater was cleaned and reopened for normal operation at 12PM on Sunday, November 3.” According to said email, a follow up inspection with the exterminators will occur within two weeks of November 4th. As of the week of November 4th the Theresa Lang Theater is open and will resume any scheduled events and activities as planned