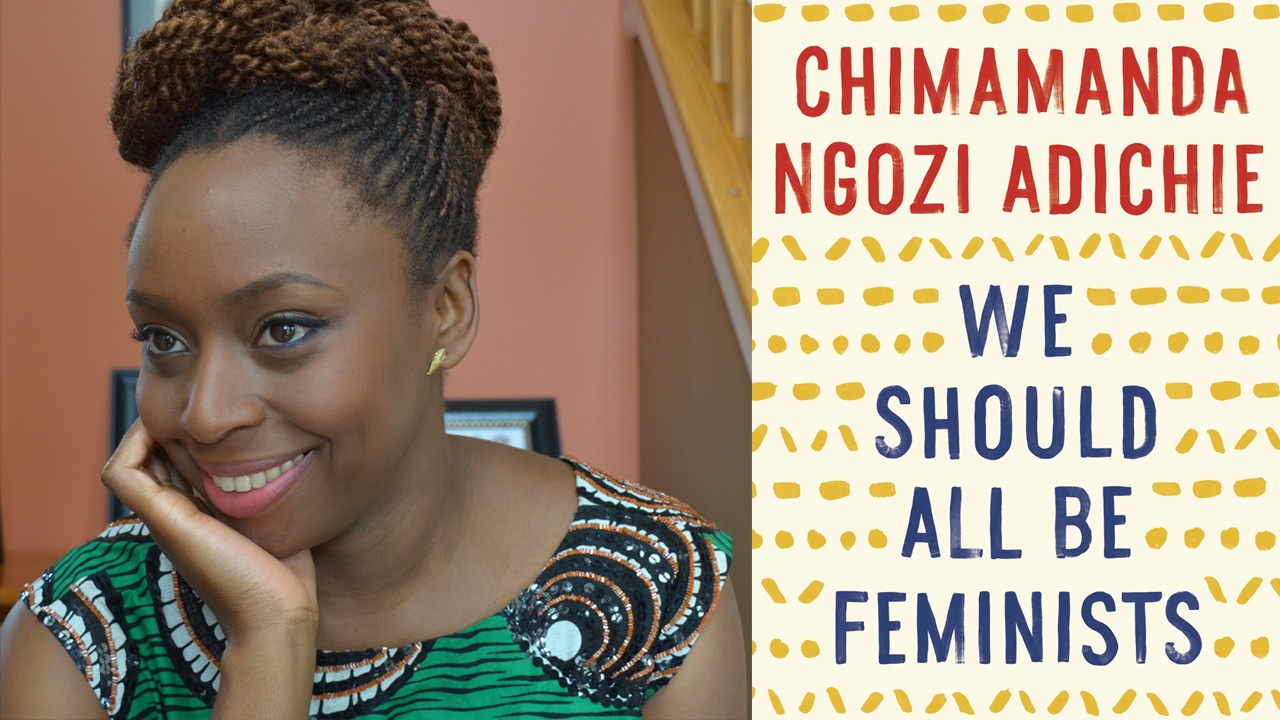 The Black Lives Matter movement transcended through social media. People from all different backgrounds worked to spread their word about how to protect yourself at protests, elevated Black voices and recommended plenty of books, restaurants, and businesses by people of color.

And then it all stopped.

Because this is a movement, as in a continuous motion, even though the posts, discussions, and rhetoric may have stopped on Instagram and other social media platforms, that doesn’t mean the things you posted about don’t apply to your real life. Ask yourself if you’ve made an effort to listen to any of the podcasts that were recommended to you. Did you read any news books or articles?

In 2013, it was revealed by a study from Lee & Low Books that of the 124 authors who made the New York Times Top 10 bestseller list in 2012, only 3 were not white and none were Black. Building a diverse bookshelf is so important because it may be the only way we can learn about ourselves and the world around us in a non-stereotypical way.

Reading POC authors that discuss their own experience is the most authentic way to learn. Authors like Toni Morrison, Zora Neale Hurston, and Maya Angelou will always be great people to look up to, but it doesn’t stop there. Newsflash people: POC writers don’t always write about racial struggle. Fiction, Fantasy, middle-grade stories, graphic novels, and anything else you can possibly think of are also written by people of color.

It’s easy to get lost in the fact that POC writers tend to incorporate about racial struggle into their novels, but that’s because it’s impossible to ignore. It’s very easy for white people to write coming-of-age novels that are fun and pointless because their coming-of-age doesn’t compare to the coming-of-age of POC authors and characters.

There is a bias in the way that we read and because of that, we don’t read enough books by authors of color but that doesn’t mean they don’t exist. To change this sad and dismal fact, here is a shortlist of diverse authors who are changing the way books are being published today: 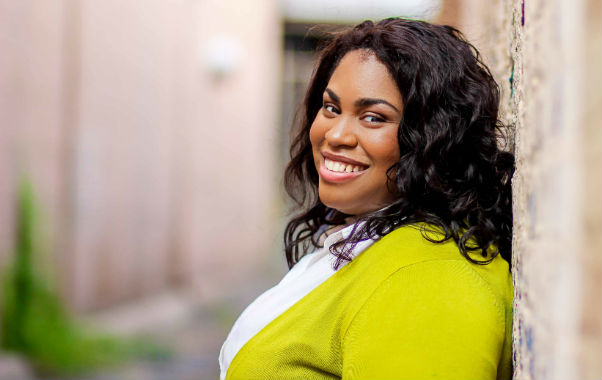 Gallery|10 Photos
This photo is courtesy of aalbc.com

Thomas is originally known for her Black Lives Matter inspired Young Adult novel, The Hate U Give that was quickly picked up and turned into a film. Now, Thomas’ sophomore novel, On the Come Up is being transformed into a movie also. What Thomas does best in writing is taking fictional characters and made up neighborhoods and creating a real story with real emotion. She takes ideas that we’ve seen on the news or even within ourselves and lays it on the page in a very raw and exposed manner. The novels that she had released so far both revolve around the society of African Americans and what being aware of systemic racism in a community really means.

Adichie is the author of the novels Purple Hibiscus, Half of a Yellow Sun, The Thing Around Your Neck, Dear Ijeawele, or a Feminist Manifesto in Fifteen Suggestions,  Americanah, We Should All Be Feminists, and many more. As a Nigerian writer, Adichie’s writing is a spitting image of her own need for books the African children and women can relate to. Her authentic style of writing gives representation for African realities by tackling subjects like Americanization, family dynamics, and religion.

Similar to Adichie, Adeyemi’s novel was a response to genre fiction in which the characters were always white. Adeyemi’s, Children of Blood and Bone series is an Afrofuturist fantasy drawn from West African mythology. Karen Rosenfelt and Marty Bowen are set to produce the movie version of the book.

Sandhya Menon, bestselling author of When Dimple Met Rishi, shows the firsthand experience of Indian American culture and their traditions. In this romance novel, Rishi Patel and Dimple Shah, are secretly set up by their families, but eventually, develop their own romantic relationship while attending the same computer summer program at Stanford. Within the same book universe, she’s written There’s Something About Sweetie, Kismet Would Have It, Love At First Fight, and 10 Things I Hate About Pinky.

Celeste Ng’s first book, Everything I Never Told You, focused on one couple and their mixed-race children in 1970s suburban America. Her work, Little Fires Everywhere, follows two families who are split in a custody battle over an Asian-American baby, May Ling Chow. Her mother Bebe is a Chinese immigrant who left May Ling on the steps of a fire station during a spell of postpartum depression. Now, Bebe wants her child -now called Mirabelle McCullough- back from the arms of a wealthy white couple. Little Fires Everywhere was adapted into a limited series on Hulu featuring Reese Witherspoon and Kerry Washington in 2020. She also has a collection of short stories if you want to give her writing style a try or you’re interested in her work.

Nicola Yoon is a Jamaican-American author who is most known for her books Everything, Everything, and The Sun is Also A Star. Both of her books were adapted into movies with cast lists that include, Amandla Stenberg, Nick Robinson, Yara Shahidi, and Charles Melton. While both of her books have very diverse characters, their race is used to elevate the plot without it being an entire plot point, Both stories are romances, but their race is used to give context to the situations they’re in rather than being what the entire story is about.

Jenny Han is an American author of young adult fiction and children’s fiction. She is best known for writing The Summer I Turned Pretty trilogy and the To All the Boys series. The To All the Boys series was adapted into a series of Netflix movies starring Lana Condor and Noah Centineo. Han writes the type of books that make you want to bake a cake and snuggle under a blanket. Most people have at least watched her movies even if they haven’t read her books, but I definitely recommend them. If you’re a fan of the movies, I promise you’ll like the books ten times more.

Nic Stone is the author of Dear Martin, Odd One Out, Jackpot, Snow In Love, Black Enough, Clean Getaway, and her Marvel graphic novel, Shuri. After graduating from Spelman College in Atlanta, GA., she lived in Israel for a few years before returning to the US to write full-time. She writes many fiction stories on the black experience by creating characters and stories that you don’t see represented enough in fiction. Her writing style is much different than anyone else on this list and that really sets her apart.

Jason Reynolds has a background in both poetry and prose novels. He published his first novel, When I Was The Greatest, in 2014. After winning his first award he went on to write seven more novels including All American Boys, The Boy in the Black Suit, The Ghost Series, his Marvel Comics novel called Miles Morales: Spider-Man, and many more.

Jasmine Guillory is an American romance novelist. Her works’ protagonists are often Black professionals. In February 2019, her book, The Proposal, was ranked on The New York Times Best Seller list for paperback trade fiction. All of her books so far including, The Wedding Date, The Proposal, The Wedding Party, Royal Holiday, and Party of Two all exist within the same universe so you’ll see many call back in each book to the one that came before it. All of her lead characters are POC and they are typically professionals of some sort whether that be doctors, political leaders, fashion designers, and so on.

Other Notable Mentions To Check Out:

You can learn so much from reading books by authors that are of a different race than you, both in fiction and non-fiction. Non-fiction is powerful because of the personal experiences, but Non-fiction gives the writer the power to create characters and universes that influence their audience in more ways than one. They can create a fictional world, that somehow, at the same time, feels very real. Those are the types of stories we connect to. If you don’t see yourself representing the world around you, seek them out and make a change. Be the change. 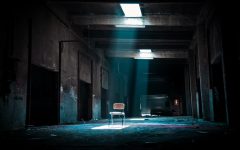 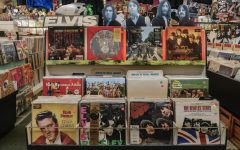 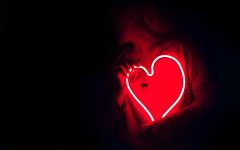 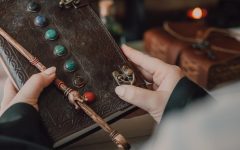 Fantastic Beasts: The Secrets of Dumbledore is Lowest Selling in the Harry Potter Series