Students from this younger generation commented on how Euphoria is romanticizing toxic relationships:

“Euphoria is definitely romanticizing abuse and toxic relationships even when their intentions are good. The idea is to get out there that you’re not alone when in a toxic relationship you think you can’t get out of when you can. But that idea is not broadcasted in the right way with the actors they cast. They think of the abuse and they think of “handsome” and “famous” white male playing the role at the same time. So the idea doesn’t click within their brain to develop the mindset that the things portrayed in the show are not okay…I believe it’s a good thing there’s a show out there like this to portray certain events that can occur on occasion, especially for kids in high school and young adults,” passionately exclaimed Raya A.

“Attractive characters are always romanticized. Murderers, stalkers, groomers in different shows usually still get a lot of attention because they are attractive and a lot of people overlook all the toxic traits and “red flags”…if they changed the characters with people less stereotypically attractive they would take the content more seriously and romanticize it less,” said Ashley M.

Euphoria (2019) is a mature drama series that follows Rue played by Zendaya, a 17-year old addict who just got out of rehab and does not plan to stay clean. Now, at this point even if you don’t like the show or never watched the show you should know something about it, and if you don’t you have been living under a rock.

Euphoria is a very mature-themed tv series that may be graphic but shows not only the highs but also lows of being a teen adolescent in this day and age. You see characters struggle with mental health issues like addiction and depression, but also try to maintain their own relationships in their life while discovering who they are. Teaching you important lessons about life, especially that you are not alone in this world and someone will relate to your hardships. Among these things you see some characters dealing with toxic and abusive relationships, the main ones being Nate played by Jacob E. Lordi and Maddy played by Alexa Demie.

In this new day and age of Hollywood, in TV shows, movies, and even books, toxic relationships are being normalized to its younger audience. From Pretty Little Liars, where Ezra (Ian Harding) starts dating Aria (Lucy Hale), their 16-year old student and eventually marries her, to The Vampire Diaries, where you think Damon changed for Elena but when one bad thing happened he turned evil again. Even, in the Wattpad book to movie adaptation After, makes the audience think that couples who fight constantly and forgives the other even if their whole relationship is based on an explicit dare are healthy. Proving how much these types of relationships are broadcasted.

You start to notice that these actors playing the couples in toxic abusive relationships are what Hollywood thinks are “attractive” actors. The thing is most of the younger audiences can’t seem to separate the “attractive” actor from the lesson the character is supposed to teach you. Normalizing this toxic type of behavior where if the person doing the abusing is even slightly attractive, then saying “I love you” means they are forgiven because it means you can “fix” them. This is what has happened with Nate and Maddy in Euphoria. They are one of the major points of the show to show the audience that this couple’s relationship is not a healthy or good one from the heartbreaking scenes of Nate physically abusing Maddy in an altercation to him gaslighting her.

“Nearly 1.5 million high school students nationwide experience physical abuse from a dating partner in a single year. 1 in 3 girls in the US is a victim of physical, emotional, or verbal abuse from a dating partner, a figure that far exceeds rates of other types of youth violence,” stated Domestic Violence Service Incs. Toxic abuse and violence presented to us through the media is something that should not be romanticized but instead, something to learn from. “Among female students between the ages of 15-20 who reported at least one violent act during a dating relationship, 24% reported experiencing extremely violent incidents such as rape or the use of weapons against them.” More than enough high school students, especially female students in relationships, experience a toxic and abusive relationship where it’s being broadcasted in the media through TV shows. TV shows are meant to teach about this and that you’re not alone and you can seek help, but the message with the younger audience is not getting through. It’s getting misconstrued in ways where it is romanticized in almost every kind of media, labeling it as this “hot” or “bad boy” complicated trope when it’s just toxic.

Books, TV shows, and movies will always be putting out that “complicated” couple trope, but instead of romanticizing the toxic side of it, separate the character from the actor and truly learn the lesson being put out by that actor. Stop romanticizing toxic relationships because the people are attractive. 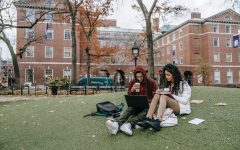 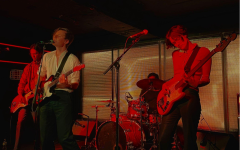 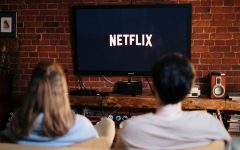 Holiday Cheer Movies to Look Out For 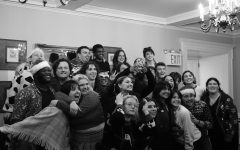 Inside the final comedy show of the semester 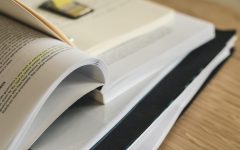 5 Tips to Survive the End of the Semester